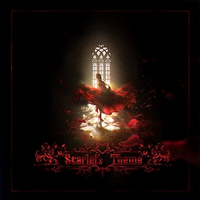 "Scarlet's Theme" (スカーレットのテーマ, Sukāretto no Tēma?) is a sultry jazz song in Final Fantasy VII Remake. It was composed by Tsuyoshi Sekito, Mitsuto Suzuki, and Nozomi Toki and arranged by Sekito, Suzuki, and Ayumu Murai. The lyrics were written by Motomu Toriyama and translated into English by Ben Sabin and John Crow. The vocals were provided by Al Copeland.[1] Ayumu Murai also played the piano.[2]

"Scarlet's Theme" plays during the cutscene with Scarlet at B13 - Materia Research Facility in the Shinra Building in the quest Reach for the Skyview Hall during Chapter 16, The Belly of the Beast. It also plays as the field theme at 59F - Skyview Hall.

The music disc containing "Scarlet's Theme" can be obtained in a jukebox at 63F Upper Level - Recreational Facility.

Fireworks to light up your night sky
In a flash, life and love can go awry

Let me take you higher,
Fulfill your desires

Stilettos and lingerie both
Complement, supplement

In my grandeur, I'm all natural
Beneath this crimson dress

In my splendor, I'm all natural
Beneath jewels and finesse
And elegance

What you see is what you get
Only passion, no regrets
Only triumph
I've got nothing to hide
So sit back and enjoy the ride