The Save Crystal glitch is a glitch in Final Fantasy VII involving the item Save Crystal that can only be used in the Northern Cave.

As glitch in the entrance[]

As bug in general[] 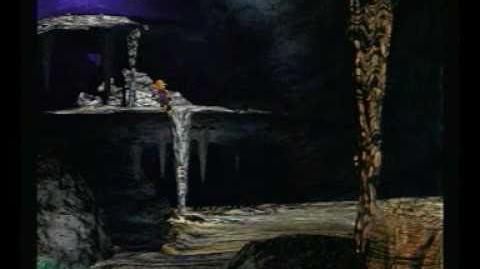 The item will create a save point anywhere in the final dungeon, but after a save point is used in several locations, and the game is reloaded, sometimes the player cannot leave that room, ruining their saved file permanently. The Save Crystal glitch often manifests in the room where the party splits up to find items and the swamp room where the enemy Mover appears.

Like many glitches in Final Fantasy VII, this bug may or may not occur for unknown reasons, and may occur in different locations. An example of the glitch working is if the item is used in the screen where the party is given the option to split up for the first time (the left and right paths). Using the Save Crystal here stops the player from exiting from the top (to travel towards the exit of the cave), and can even limit the player to a single path. Therefore, it is wise to ignore the crystal and travel through the cave without saving, or saving to a different file, or saving at the place where the party meets up for the final descent.

This glitch was not fixed in any subsequent rereleases.

How to copy the Save Crystal[] 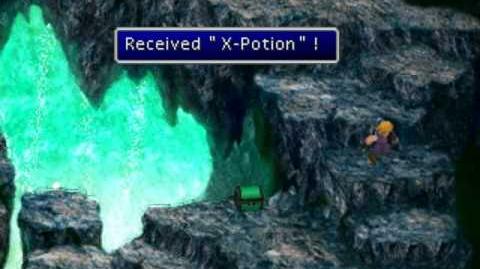 The trick is done in the third screen of the Left-Down path of the Northern Crater, and requires the player not to pick up the X-Potion from the chest there just yet. One needs to move close to the ledge of the first chest (which contains the X-Potion) allowing one to jump down and open the chest the split second Cloud starts jumping down. The player must not close the message that the player will have received an X-Potion. This message—if the player has done the above correctly—will not paralyze Cloud, allowing him to move close to the exit of the screen down below. Without exiting the screen, one must position Cloud in such a way his face is off the screen without actually exiting the area.