Sword made by processing "Epitaph's Fragment."

Sargatanas (サルガタナス, Sarugatanasu?) is a recurring weapon in the Final Fantasy series. It is generally a high-ranked sword.

The Sargatanas is a high-ranked thief sword for Zidane, providing +53 Attack, teaches the ability Annoy, and can inflict Petrify when used with the Skill Soul Blade. It can be obtained by synthesizing a Zorlin Shape and Gladius for 12,000 gil at the Black Mage Village (disc 4) or in Daguerreo.

The spirit bound to this weapon grants strength to the wielder. Increases ATB gauge recharge rate.

The Sargatanas is a dual blades set for Noel. It raises Noel's Strength by 32 points and Magic by 23, has ATB Rate: +30% passive ability, and Damage Wall as its synthesis ability. It can be bought for 1,520 gil, Tears of Woe x3, and an Abominable Wing from Episode Four onwards.

The Sargatanas is a level 50 exclusive weapon for Zidane, providing +35 Attack and BRV Boost on Dodge +10%. It can be obtained in the shop by trading 14,910 gil, Pinwheel, Great Serpent's Fang x3, and Power Shard x2.

The Sargatanas is a level 30 exclusive weapon for Zidane, providing +38 Attack, +2 Defense, and BRV Boost on Dodge +2%. It can be obtained from the shop by trading 61,000 gil, Pinwheel, Scarletite, and Thief's Desire x5.

The Sargatanas is one of Zidane's unlockable weapons, and is based on the weapon's appearance in Final Fantasy IX. It can be obtained either by random chance when redeeming a Treasure token, or by purchasing them from the Shop for 7,200 Gil. Like all other characters' weapons, having it equipped carries no advantages or disadvantages.

Sargatanas is the name of one of the Legacy servers of Final Fantasy XIV. It is the merger of Saronia and Lindblum servers during patch 1.20 of the original game, and has been carried over to Final Fantasy XIV: A Realm Reborn. 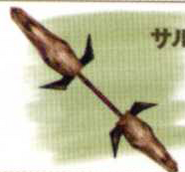 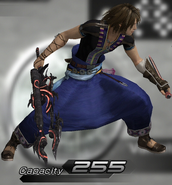 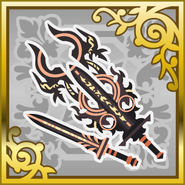 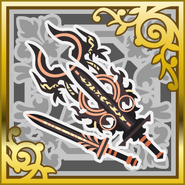 [view · edit · purge]Sargatanas is a demon serving under Astaroth's direct command as Brigadier Major according to the Grand Grimoire, also known as The Red Dragon. He has the power to open locks and teleport people to anywhere they choose.