Salve (くすり, Kusuri?, lit. Medicine), also known as Balm, Heal, and Medicine, is a recurring ability in the Final Fantasy series. It is generally a support ability used by Edward Chris von Muir from the Final Fantasy IV series of games. It often allows the user to distribute healing items to the party.

Despite sharing the same name in most English localizations, the Salve ability that is often associated with Ramza Beoulve from Final Fantasy Tactics is not the same ability in the Japanese releases.

Salve is a command for Edward. It was removed in the SNES North American and Easy Type versions. In the 2D versions, it has a casting time of 4 and consumes a Potion to restore a small amount of HP to the party. It will fail if the player uses it with just one Potion left, but will still consume the Potion. If the player has multiple groups of Potions, it starts with the group highest on their list. However, it will consume two Potions, one from the highest group and one from the second highest. If the player has two groups of one Potion each, it will fail and consume both Potions.

In the 3D versions, Salve allows Edward to use any consumable healing item on each party member in a single turn. When equipped to a character that levels up after reaching level 71, Salve will grant +1 Speed. It can be learned by any character by using the Salve augment, obtained at Troia Castle from Edward after defeating the Dark Elf. Edward must have been given at least one augment before leaving the party.

Use a healing item on all allies at the same time.

Salve is the exclusive command ability for Edward, which uses up 5 items to distribute health evenly across the party, with a casting time of 1. The properties of the chosen potion (Potion, Hi-Potion, X-Potion, etc.) add up, but then is distributed to the remaining characters who are not K.O.'d. Hi-Potions and X-Potions are compatible with the Salve command. The command will fail if there is not a minimum of five of the chosen type of potion in the party's inventory.

For example, if the player has two characters alive, but then use Potion with Salve, it will heal for (100 HP x 5 Potions) / 2 party members = +250 HP for each member. 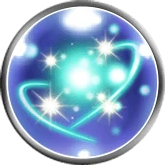 This gallery is incomplete and requires Final Fantasy IV: The After Years (3D) added. You can help the Final Fantasy Wiki by uploading images.

[view · edit · purge]A salve is a medical ointment used to soothe the head or other body surface.