Cid Pollendina: Oh, shut up and help me remodel the Salikawood (Final Fantasy XII) page!
Please expand this article into a full one. The following tasks need to be completed:

It was once part of Kingdom of Nabradia, but no one has claimed it since Nabradia's fall.

Rabanastran in the technick shop

The Salikawood is a location in the world of Ivalice in Final Fantasy XII. A large sprawling wood, it is home to many monsters. It is wilderness traversed on paths built among the trees. It used to be part of Nabradia and lies on the border of Archades.

The party passes by the Salikawood on their way to Archades. They find the border gate broken and a moogle tasks the party to locate the nine Craftsmoogles' League apprentices who are taking a break in the woods. After the party locates the nine moogles, they fix the gate, allowing them passage to Phon Coast.

Forested region in central Nabradia. A path strung between the thick-growing trees leads towards Archadia. However, many of the tree-bridges are covered with thick moss, and in advanced stages of decay. As transport by airship gained prominence, the land roads were abandoned. Now more beasts walk the woods than travelers. The forest is the domain of the Kingdom of Nabradia. Abandoned these two years since its fall, the number of fell beasts within its borders swells daily.

The Salikawood is located to the north of Mosphoran Highwaste, connecting to the Phon Coast. Travelers have to pass through the wood if they wish to reach Archadia on foot. To the north lies the Nabreus Deadlands, and the former capital of Nabradia, the monster-infested Necrohol of Nabudis.

In the Zodiac versions, all treasures are different. The Quietened Trace has the Charm technick.

Usually the Salikawood is a quiet place, with only a few monsters, but recently Bombs have infested the wood from the Nabreus Deadlands (despite the fact that Bombs cannot be found in the Deadlands). This has made travel difficult. A fork in the road leads to the dead areas of Nabradia and a craftsmoogle warns the area ahead is infested with Bombs.

The King Bomb is an optional boss, but the player can escape anytime, but only in the direction of the Gate Crystal. To gain access in the other direction, to the Necrohol of Nabudis, the boss must be defeated.

A gate is located at one of the exits of the forest, the one entering Archadia. Recently it broke, stopping would-be travelers from entering. A moogle and his nine Craftsmoogles' League apprentices are in the middle of fixing the gate. To get to the Phon Coast shore the player needs to locate nine moogle workers who are resting in huts around the Salikawood. The huts are flagged on the map. This quest becomes available after felling Judge Bergan in Mt Bur-Omisace, and must be done to progress in the game. In the Zodiac versions, the boss gives the party a Sash as a reward for finding all workers.

The Braegh is a Rank IV Mark whose hunt becomes available after felling Judge Bergan at Mt Bur-Omisace. Braegh is fought in the Corridor of Ages area; to get to this area the player must defeat King Bomb in the Grand Bower (see above). Braegh can be found at the dead-end immediately behind the way to the Necrohol of Nabudis. It is petitioned by Va'Kansa in the Mosphoran Highwaste.

Carrot is a Rank VII Elite Mark whose hunt becomes available after felling Judge Bergan at Mt Bur-Omisace. It is a giant malboro that is a mark in the Jovy side quest in Nalbina. It is petitioned by Zammadria in the Nalbina aerodrome. If a monster is killed while searching for Carrot, or if an Antares uses Cannibalize to consume an enemy while in the Salikawood, Carrot will not spawn. If the player does not kill anything, Carrot should be at the Salikawood Sun-Dappled Path.

Spee is found in the Sun Dappled Path area. There is a 15% chance it will spawn when a Wyrdhare is defeated, but only shows up when the party gets close. There are three possible spawn sites, all dead ends. If it will not appear after all Wyrdhares have been defeated, the party must move two zones away and try again.

The Rageclaw is a Trophy Rare Game enemy found in the Salikawood. It is a relatively simple source of sickle-blades, an ingredient necessary to unlock the Orochi ninja sword in the bazaar. The player must have spoken to the "Huntmaster" in Phon Coast and defeated Thalassinon, which will trigger the start of the Rare Game quest. To spawn the Rageclaw, once the player enters Piebald Path, they cannot kill any enemies nor let any enemies be Cannibalized. After sixty seconds, the Rageclaw will spawn near the exit opposite the one the player entered through.

The Wood Toad has a 20% chance of spawning and is initially under the Invisible status. It is recommended to enter the Corridor of Ages area after chaining at least ten Malboro Kings to increase the odds of it appearing.

The Wood Toad is located in the upper portion of the Corridor of Ages area of the Salikawood, near the dead end with the Malboro King, although the player might not see it since it is invisible. If the player hears a sloshing sound, or sees a distortion in the air, casting Reflect on a party member and then bouncing a spell off them will reveal the enemy.

An alternative is to have the Wood Toad uncover itself by means of luring another enemy to its spot. Usually, a Baknamy or Malboro King will be around the stairs, and if the player lures either near the Wood Toad and attacks them, it will go out of stealth mode.

The player can find a green bottle from the fishing sidequest in Dalmasca Estersand and bring it to a hut in Salikawood in Piebald Path. It breaks, yielding a Hastega Mote.

The map can be found in the Trunkwall Road at the southeast dead-end. 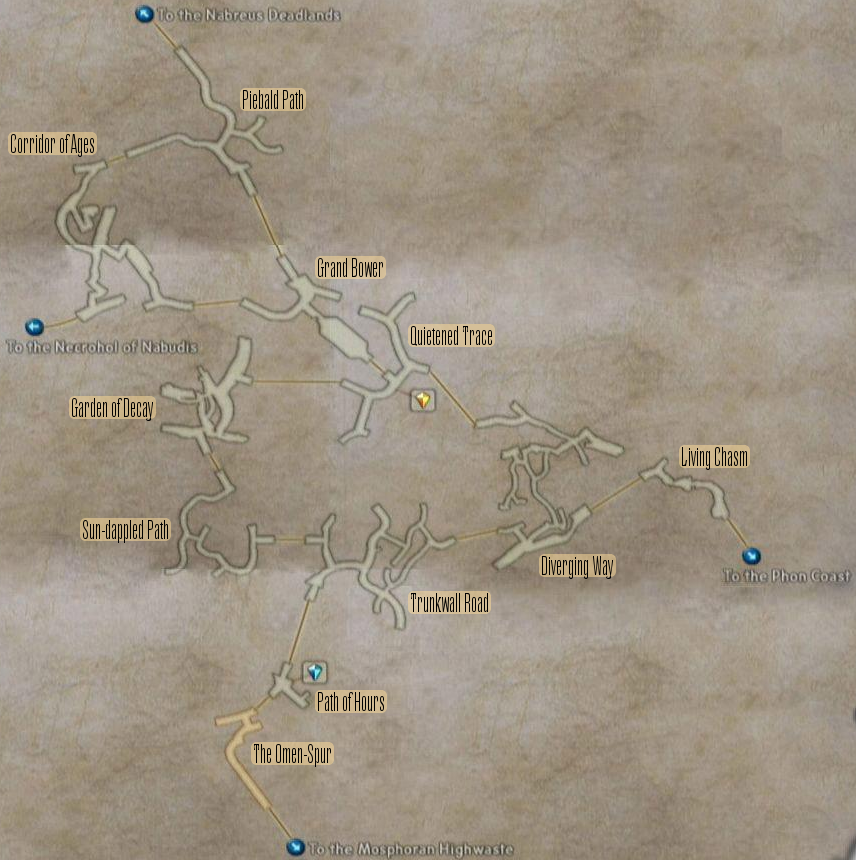 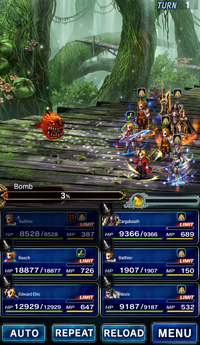 [view · edit · purge]Salix is the Latin word for and modern scientific genus of the willow tree. The forms salika or saliko can be found in constructed languages Esperanto and Ido, and similar forms in other Romance languages, such as Italian salice.