Outside before Cyclone:
Outside after Cyclone:
Salamand is a snowy town in Final Fantasy II. It is northwest of Poft. According to the Japanese novelization, this is the birthplace of the protagonist, Firion, as well as where Borghen hails from.

The town's male population was captured by the empire of Palamecia and used as slave labor, mining Mythril in Semitt Falls. Josef's house is in the northeastern part of town. He wants Firion and his allies to prove themselves by rescuing the townspeople, and after Paul and Firion save his daughter Nelly from the Empire, who had blackmailed Josef with her life, he advises on how to steal the Mythril from the claws of Palamecia.

When Firion learns the Goddess's Bell is in the snow cave north of Salamand, Josef tells him that he has an old ice sled in Semitt Falls. He accompanies them to retrieve the sled from the falls. After his death, the townspeople are devastated.

The background music that plays in Salamand is the Final Fantasy II "Town" Theme.

Salamand on the World Map (PSP). 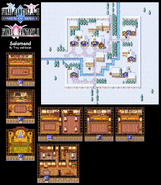 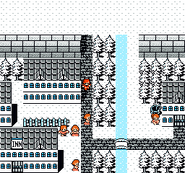 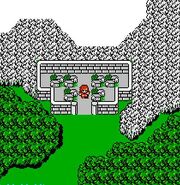 Salamand on the World Map (NES). 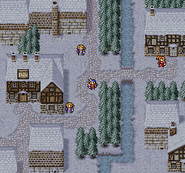 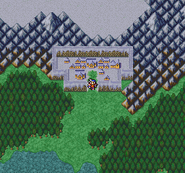 Salamand on the World Map (PS).

Salamand on the World Map (GBA). 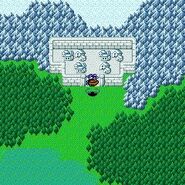 Salamand on the World Map (Mobile).

Despite "salamander" (the word on which the name of the town is based) being a creature associated with fire, Salamand is a snowy town. [view · edit · purge]Salamander is a mythological reptile believed to be able to breathe and resist fire. In legends, ancient alchemists are said to use Salamanders to determine the heat of the fire necessary to turn lead to gold.