Saintly Beam (セイントビーム, Seinto Bīmu?, lit. Saint Beam), also known as Scar Beam, is a recurring ability in the series. It oftentimes does Holy-elemental damage to the entire party.

Saintly Beam is an enemy ability used by Phantom Train and Holy Dragon at Dragons' Den. It deals Holy-elemental damage to all targets, it has a Spell Power of 28, ignores split damage and it's unblockable. It cost 20 MP to cast and is vulnerable to Runic.

Saintly Beam is an ability used by the Phantom Train in Sigmascape V1.0. The attack manifests as a spotlight that follows the targeted player(s) before locking in place, where the light intensifies into a bright beam that deals heavy damage to players caught in it. The attack also destroys the otherwise indestructible ghosts summoned by the Phantom Train's other abilities.

Blue Mages can learn the ability from Phantom Train. The Blue Mage's version of the ability deals unaspected damage with 100 potency to the targeted enemy and any other enemies near it. The attack's potency is increased to 500 against undead enemies. 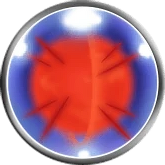 [view · edit · purge]A saint is one who has been recognized for having an exceptional degree of holiness. While the English term "saint" originated in Christianity, historians of religion now use the term in a more general way to refer to the state of special holiness that many religions attribute to certain people, with the Jewish Tzadik, the Islamic Mu'min, the Hindu rishi or guru, and the Buddhist arhat or bodhisattva also referred to as saints. Depending on the religion, saints are recognized either through the official church or by popular acclaim.

In Christianity, "saint" has many meanings, depending on its usage and the denomination. The original Christian use referred to any believer who is "in Christ" and in whom Christ dwells, whether in heaven or on earth. In Orthodox and Catholic teachings, all Christians in heaven are considered to be saints, but some are considered to be worthy of higher honor with official church recognition given to some through canonization or glorification.