Sages are those who have gained knowledge in all schools of arcane arts. They can use all types of spells!

The bearer of this certificate possesses incomparable knowledge of the world of magic and is deemed worthy of the title of Master Sage.

The Sage is a job class in Final Fantasy III. It is gained in Eureka in the Famicom and Pixel Remaster versions, and from the Earth Crystal in the 3D versions. Sages are adept mages who have mastered all levels of Black, White, and Summon magic. While they have numerous techniques at their disposal, their MP is limited compared to more specialized spellcasters. The Sage is considered a powered-up version of the Red Mage job, but it lacks the physical offense signature of a Red Mage in exchange for focusing on magical arts.

The Sage can cast every spell, including the Summoner versions of Summon magic, making them a real threat. Their MP growth exceeds those of the Devout, Warlock, and Summoner, so the Sage effectively makes those classes obsolete.

Their MP growth is limited, meaning they cannot use the high level magics as much as the Devout, Magus, or Summoner. They can only use the Evoker versions of Summon magic.

Much like the 3D version, the Sage's MP growth is limited and they cannot use high level magic as often as a Devout, Magus, or Summoner. In this version, the Sage regains its ability to use the Summoner versions of the Summon Magic they lost in the 3D Remake.

In the NES version, Sages can also equip books. 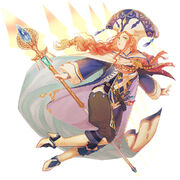 The Sage job appears in in the form of the Onion Sage Signet.

The Onion Sage is an light-elemental summon. The summon's special attack is Infinity, which deals light-elemental damage and may inflict instant death to all enemies. In addition, it restores HP to the party and grants haste. Summoning Onion Sage costs 3 point from the Consumption Gauge.

Onion Sage allows the wielder to use the following abilities: 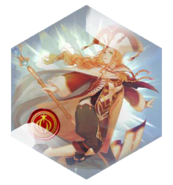 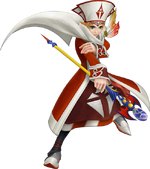 In Onion Knight's EX Mode, he utilizes the Sage job class for magical attacks. If his EX Burst is activated from a magical HP attack, the Onion Knight will use Holy and Meteor, or just Meteor if the player fails to select Holy. These spells are the most powerful of the Black and White Magic available in Final Fantasy III.

Onion Knight as a Sage appears referring to his EX Mode in Dissidia Final Fantasy.

Sage from has a Triple Triad card in Final Fantasy Portal App.

Arc as a Sage.

Refia as a Sage.