The Sage is a neutral-elemental Eidolon from Final Fantasy Dimensions II. It can be obtained as a signet for Jornee to equip by completing the "Jornee's Spacetime" main quest in Chapter 6-3 of the Crystal of Time arc.

The Sage's signet is a great signet at the time it is obtained, providing Jornee with balanced stats for the finale of the Crystal of Time arc through the beginning of the Eureka arc. Its Tetra-Magic ability allows Jornee to deal four elemental strikes, allowing her to take advantage against enemies with multiple weaknesses.

The Sage is based on the recurring job class in the series, being a master of all magics. The signet artwork's appearance is based on the Sage job from Final Fantasy III, with it switching between the color schemes of the original Sage sprite from the Famicom version and the job's design from the 3D remake of the game.

The Sage's summon attack is Spring of Strength, which increases the attack and magic for all party members for five turns. Summoning the Sage costs 2 bars from the Summon Gauge.

The following are the abilities Jornee can learn from the Sage: 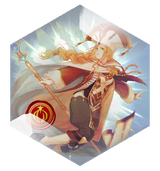 In the original free-to-play versions of the game, the Sage's signet was a god-tier summon that could only be obtained through the game's summon draw shop. However, it taught the Septa-Magic ability instead of the Tetra-Magic ability. The Sage was an SSS rank summon and could be equipped by any party member.

If a player that drew the Sage signet from the shop would also obtain a costume voucher redeemable for a Sage-themed costume for Morrow, Wrieg, Parai, or the Deathlord.

In addition, another Sage Eidolon existed in the free-to-play versions known as the Onion Sage. This summon was based on the Sage job from Final Fantasy III. It could only be obtained from the summon draw shop during the game's time as Final Fantasy Legends: Toki no Suishō. Like other cameo summons, the Onion Sage was removed from the premium version. 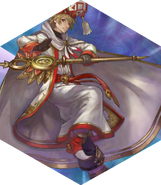 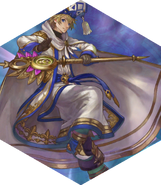 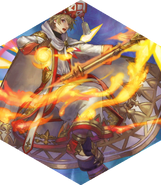