Also known as "The Viper."

Rune Tooth (ルーントゥース, Rūn Tūsu?) is a recurring weapon in the Final Fantasy series. It is a double-bladed weapon.

Rune Tooth is a mid-ranked thief sword for Zidane, providing 37 Attack, inflicts Poison with Soul Blade, and teaches the ability Lucky Seven. It can be synthesized for 2,000 gil and two Mythril Daggers at Black Mage Village, Alexandria, Treno, and Lindblum.

Rune Tooth is a dual sword for Noel that provides 15 Strength, 12 Magic, the ability ATB Rate: +25%, and the synthesis ability Buff Duration. It can be bought for 780 gil and Shattered Bone x2 (Episode 3+). 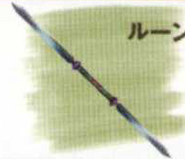 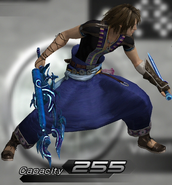 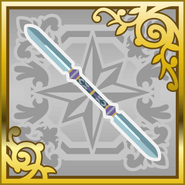 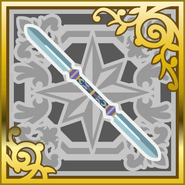