Footfalls of the Past

City of other Days

The treasure near the southern entrance to the opening in the middle of the Colosseum can have the Penetrator Crossbow. Many treasures can spawn in the northeast of the City of Other Days and one of them can have the Ivory Pole.

City of Other Days

Template:See Also Pallicant will appear in the City of Other Days area when all enemies in the area are defeated and the player leaves, then reenters.

The background theme to Ridorana Cataract is called "A Moment's Rest" (モーメントレスト, Moomentoresuto?). 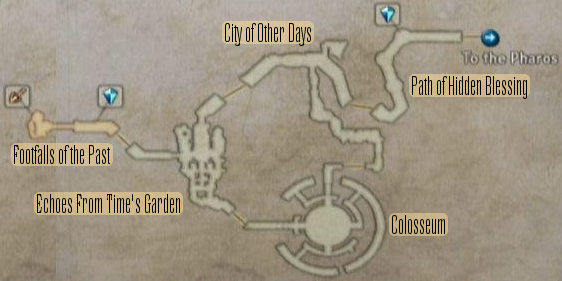