A proud dragoon who fights hand in glove with his trusted wyvern mount. Ricard travels in search of the fabled Ultima Tome, powerful magic he means to wield against the empire that destroyed his homeland of Deist.

Ricard is a playable character in Final Fantasy Record Keeper. He is a Dragoon, whose combat role is Physical Attack.

Ricard is unfortunately outclassed by other characters in many ways. Other than his bad Resistance, his stats are generally above average for a dragoon, although his key stats, HP and Attack, are not as good as Kain's, and he can equip swords which are abundant and easy to get. He has a limited ability set and, other than Freya, is the only Dragoon to not have full Combat access. Ricard can only equip Rank 4 Combat and Rank 2 Black Magic, the latter which is at best situational to inflict status effects. Ricard's only available Soul Break in Global depends on a niche: bringing more Dragoons to the party, which will severely limit team variety, and its full effect can only be achieved in multiplayer battles. 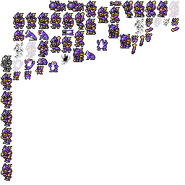