Reverse Polarity (磁場転換, Jiba Tenkan?), also known as R. Polarity, Magnet, or Electromag, is a recurring enemy ability. Its main use is to change the party's battle formation by moving either one or all characters to the back row, depending on the game. It deals no damage, and is otherwise a minor nuisance to contend with.

Reverse Polarity changes the party's rows from front to back and vice-versa, and is used by several enemies.

Magnet is an enemy ability used by Druid, Liquid Flame, and Magnetite. It forces characters in the back row to move to the front row, making it dangerous for mage-type classes.

Reverse Polarity (originally called R. Polarity) is used by Hell's Rider, Visage, Fiend, Schmidt, and Number 024. The spell switches the row of the party, and it costs 20 MP for the enemy to use.

Electromag is an enemy ability used by Hell Rider VR2, and switches the party's current row.

Reverse Polarity is a Bravery attack for Exdeath. It sends out a circle of energy as the player holds

and when the button is released Exdeath teleports to the circle's location, damaging the opponent if he warps to their location. The ability costs 30 CP to equip and 180 AP to master.

Reverse Polarity is one of Exdeath's attacks. If he damages the opponent when he teleports, Exdeath can cancel out the end lag of the attack by executing one of his counterattacks. It requires 30 CP to equip and 120 AP to master.

One of Exdeath's cards can use Reverse Polarity. The player Dulls Exdeath, pays one Lightning CP, and discards another Exdeath card to select a Manikin in their Break zone and play it. Reverse Polarity can only be used once per turn. 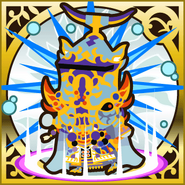 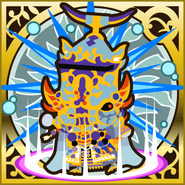 [view · edit · purge]A magnet is a material or object that produces a magnetic field. This magnetic field is invisible but is responsible for the most notable property of a magnet: a force that pulls on other ferromagnetic materials, such as iron, and attracts or repels other magnets.