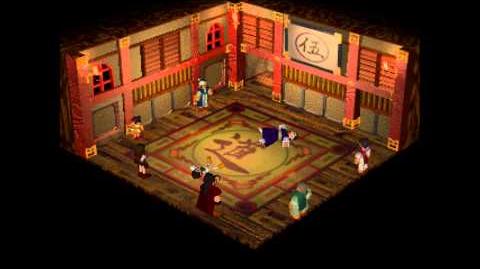 The repeating boss glitch is a glitch in Final Fantasy VII that allows the player to fight bosses twice. Emerald and Ruby Weapon are excluded, as are the battles with Ultimate Weapon on the world map. This trick can be useful since it allows the player to get the battle spoils twice. While almost all battle spoils can be duplicated regularly with the (extended) W-Item duplication trick, there are two exceptions:

The player might want to duplicate the battle spoils of other bosses as well:

The glitch builds on another glitch, namely the "skip a random battle by opening the menu exactly when the game wanted to give the player a random battle", skipping the battle.

If the player saves their game and enters any field map by a fixed route, they will get a random encounter at some point. If the player reloads this save game and walks down the exact route, the player will notice (especially after a few reloads) that the battle occurs at the exact same spot. This is because the random battle system is only semi-random. If done correctly, the battle will be skipped. The player will know it was skipped because when the player proceeds through the field, the battle won't occur on that very spot.

It's possible that the game's music will goof up during the second battle, and freezes might also occur.

After skipping a random battle, when the player initiates a battle with a boss, they will fight it twice instead of just once, the second battle initiating immediately after the first if the player wins.