Squall rushes forward, and a gauge appears on the screen. Four to eight bars of light sweep through the gauge, and pressing

when the bars move into the trigger box on the left results in a critical hit. It is possible to set the trigger on automatic from the config menu, but it will sometimes miss triggers.

Executing Renzokuken on a charged Blitz inflicts Thunder damage onto Squall. With the correct junctions, he can absorb the damage and heal himself while executing Renzokuken. The same applies with his finishing blows.

After the Renzokuken sequence there, is a chance to perform a finishing blow:

There is a (Crisis Level * ~23.6%) chance to perform a finishing blow. Which finishing blow is used is unaffected by the Crisis Level, but has a fixed chance of occurring depending on which weapon Squall has equipped. Finishing blows are physical attacks and can do critical damage.[1]

After Zell's Duel, Lion Heart is the strongest Limit Break accounting for the plus damage of the Renzokuken's four to eight hits. During optimal conditions, a total of 249,975 points of damage is possible in one attack round. Lion Heart can easily do 9999 damage per hit even with average strength and no Vit 0, making it ideal for low level runs where its damage will not be hindered by the damage cap.

In the PlayStation demo version, Squall only got four hits, the execution was without the indicator, and he had just one finisher: Fated Circle. Squall could use his Limit Break even when not in critical health, although the chance was slim.

Continuation is a Lv. 70 skill learned by Gunbreakers after completing the job quest "Steel Against Steel". After spending a cartridge to use Gnashing Fang, the Continuation skill activates, with additional combo skills Jugular Rip, Abdomen Tear and the finisher Eye Gouge unlocking with each use of the Gnashing Fang combo, allowing the user to pull off a rapid barrage of melee weaponskills. While Gnashing Fang requires a Cartridge, Continuation spends none. 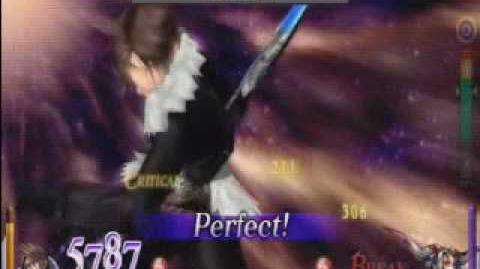 This is the end!

Squall's EX Burst is the Renzokuken, requiring him to time presses of

to land a potential eight hits. He finishes with a variation of Lion Heart; rather than attack enemies with several rapid attacks, it is downplayed to a single attack reminiscent of the final blow seen in the original where Squall charges energy into the Lion Heart and dashes past the opponent to strike them once, releasing a shockwave on impact.

Rough Divide, Fated Circle, Blasting Zone, and Revolver Drive are Squall's HP attacks but function differently compared to the original attacks: Rough Divide is a charge attack, and Fated Circle and Blasting Zone have much smaller ranges of impact. Squall has an alternate version of Fated Circle called Aerial Circle, which has a vertical area of effect as opposed to the horizontal.

Ultimecia's EX Burst in the Dissidia Final Fantasy series is a variation of the Renzokuken called Time Compression. It also requires the player to press

repeatedly to time up to twelve potential strikes. She ends the EX Burst with Sorceress Heart (エンドオブメモリーズ, Endo obu Memorīzu?, lit. End of Memories) where she consumes the opponent in an explosion. The name parallels the name of Squall's finishing blow, Lion Heart (エンドオブハート, Endo obu Hāto?, lit. End of Heart).

A flurry of attacks ending in one shattering blow.

Squall can use his finisher moves.

Renzokuken is an HP attack for Squall. It consists of a 3-hit melee attack and an HP attack. The BRV attack gains 3 extra hits when BRV drops below 250% initial BRV. The ability was originally named "Blade Flurry" before it was corrected in a subsequent update. 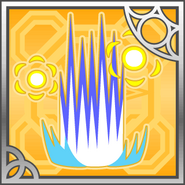 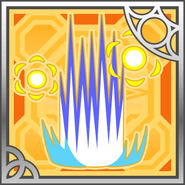 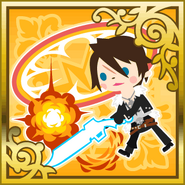 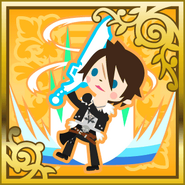 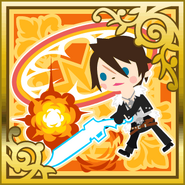 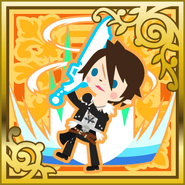 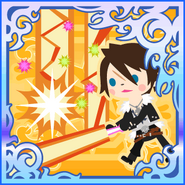 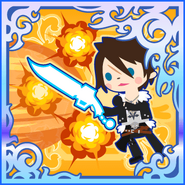 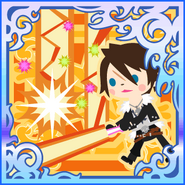 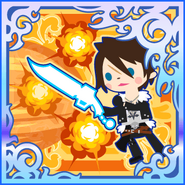 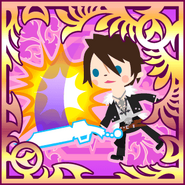 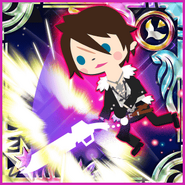 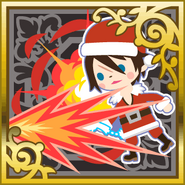 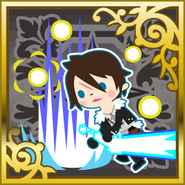 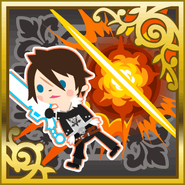 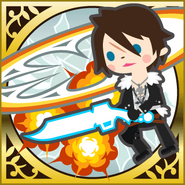 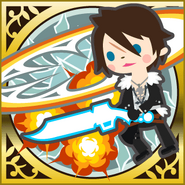 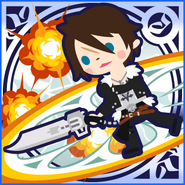 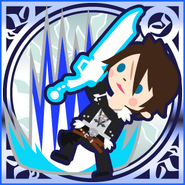 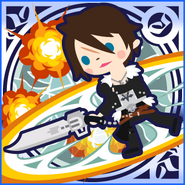 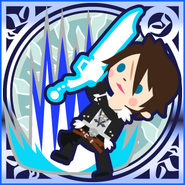 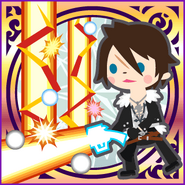 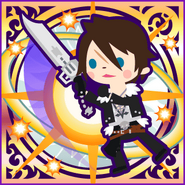 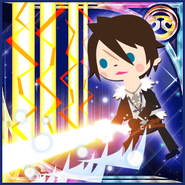 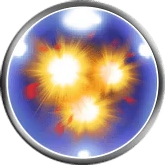 Rough Divide as an enemy ability.

Fated Circle as an enemy ability.

Blasting Zone as an enemy ability.

This gallery is incomplete and requires Lion Heart added. You can help the Final Fantasy Wiki by uploading images.

Lion Heart is Squall's Champion summon ability. It inflicts neutral physical damage to one enemy, ignoring defense. It also grants Accuracy+ to all allies. It is unlocked after completing chapter 14 and costs 1★ gauge to use. When used "Don't Be Afraid" from Final Fantasy VIII plays.

Rough Divide is an active physical ability that inflicts neutral physical damage on a single target for 7 AP. It has high critical chance and low topple strength. It can be used by Lann (Squall's Champion Jewel).

Leon uses Continuous Sword as an ability in Kingdom Hearts II when he joins as a guest ally and when fought as an enemy. The attack involves Leon swinging his gunblade several times and then finishing with a downward strike.

Leon can charge his gunblade with energy with a technique similar to Blasting Zone where he raises his gunblade into the air and it takes on a glowing blue and gold aura. His attacks increase in power and range. Leon can use an attack similar to Rough Divide where he charges forward and leaps into the air while slashing diagonally, then descends and slams his gunblade into the ground. He uses a spinning attack reminiscent of Fated Circle, but to a smaller scale and without explosions.

In Kingdom Hearts Re:coded, Sora has an attack called "Zone of Ruin" as a finish command where he summons a large glowing gold aura over his Keyblade and swings to hit enemies over a wide area. The Japanese name of the attack is "Blasting Zone". 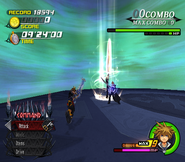 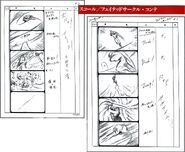