Cid Pollendina: Oh, shut up and help me remodel the Record Spheres page!
Please expand this article into a full one. The following tasks need to be completed:This request can be discussed on the associated discussion page. Remove this notice upon completion.

As the player fights in advanced event dungeons, s/he may earn special synthesis items called Motes, which at first glance serve no apparent purpose. Motes are also earned through Mote Dungeons and Torment Dungeons, and can also be purchased via Fat Chocobo's Gysahl Exchange as available.

When a unit reaches level 65 with or without breaking the second level cap, however, s/he becomes eligible for augmentation as his/her Record Spheres are unlocked. There are six Spheres for each character within a list, updated regularly. Each of the six Spheres represents an aspect of the unit's composition. For example, Cloud carries elements of the following classes:

Each of these elements possesses five Sphere Levels that, when filled with the proper types and quantities of Motes, will augment the unit's stats within that element. Cloud's augment table looks like this:

During augmentation, some units may also unlock upgraded skillsets, or add new ones that were not available beforehand. In Cloud's case, his Spellblade set is upgraded from 4★ to 5★ upon completing his Warrior, Red Mage, and Spellblade Spheres, while he can add 3★ Knight skills by completing Knight and Paladin. 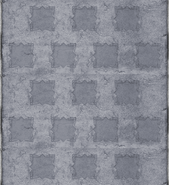 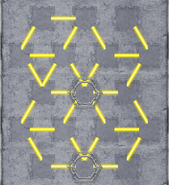 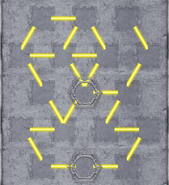 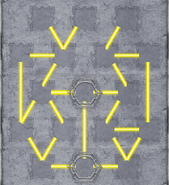 Ability Sphere Crest.
Add a photo to this gallery