Gastro Fork
Quina is a playable character in Final Fantasy IX. They are a Blue Mage and can cast Blu Mag spells learned from enemies by consuming the enemy who possesses the attack. They equip forks as weapons, which deal random physical damage. While not possessing as high a Magic stat as the other mage characters, Blue Magic grants Quina versatility. In their victory pose, Quina dances around happily.

Though some localizations treat Quina as a female, the game mechanics treat them more as a male. Quina is affected by the Lamia's "Entice" ability, like all male characters. If Quina is weakened, Zidane will not take damage in their place with his "Protect Girls" ability like he does to Dagger, Freya, and Eiko. Even Beatrix would be protected if Zidane fought alongside her. Quina can't equip the Rubber Suit or the Minerva's Plate, which can only be equipped by female characters.

Quina can be recruited to the party after first leaving Lindblum on foot. The party is supposed to make its way to Gizamaluke's Grotto, but if they visit the Mist Continent Qu's Marsh, they can meet with Quina and Quale, the latter asking for the party to take Quina along. If the player forgoes visiting the marsh, the player must complete Gizamaluke's Grotto, Burmecia, and Cleyra with a three-member party.

After Cleyra, if Quina was recruited, they leave the party and return to the marsh to rejoin the party when Zidane's revisits it, this time as a mandatory part of the story, looking for a route to the Outer Continent. If the player never recruited Quina before, the same recruitment event takes place. If the player had already recruited Quina previously, the party members are surprised to find Quina alive, who explains how they ended up back at the marsh.

Quina's ability repertoire is geared toward magic although they do learn Counter. Quina takes far longer to learn the Trance-boosting High Tide ability than any other character, but all their weapons possess High Tide (and only this ability).

Quina's unique abilities are Millionaire, which allows the party earn more gil from battles, and Absorb MP, which lets Quina gain as much MP as the cast ability required when struck by an enemy's spell when Quina has no MP left.

When an enemy drops below 25% of its maximum HP, Quina can eat it, defeating the enemy instantly, and teaching Quina any Blue Magic abilities available from the enemy in question. Not all enemies can be eaten, such as humanoid enemies and bosses.

The Eat command is required for learning new Blue Magic skills. Each skill is learned once and eating more of the same type of enemy has no effect.

If the player is trying to learn a Blue Magic ability from a fairly weak enemy and is worried about killing it before Quina can eat it, they may want to try using Vivi, Dagger, or Eiko's physical attacks, Demi, or Quina's Blue Magic Matra Magic, that reduces an opponent's HP to 1.

Blue Magic is a versatile skillset though often MP-costly. Quina's Blue Magic includes series's staples like Mighty Guard that grants Protect and Shell to the party, the White Wind healing spell, and the level-based Instant Death spell LV5 Death. Quina's Frog Drop is powered up by catching frogs and can become one of the most powerful attacks in the game, excellent against the toughest challenges, like Ozma or the final boss.

When in Trance, the "Eat" command comes "Cook" that will work on an enemy whose HP has fallen below 50% of its maximum. It is thus not useful in boss battles, but can be good in random encounters to dispatch enemies instantly.

Quina has the poorest Spirit of the party and ties with Steiner as the slowest, but otherwise has good stats. They have good MP, which is needed, as Blu Mag spells can cost quite a bit.

Cinna is an early temporary character whose levels (not statistics) are transferred to Quina, should Cinna's level exceed the party average upon Quina's joining. 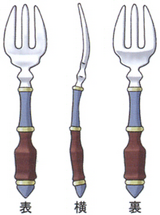 Quina uses forks as weapons. Despite their odd appearance, they can be powerful. Forks deal random damage, and all but two forks are imbued with status effects; Quina's Needle Fork is a useful weapon acquired early in the game that can inflict Petrification with the Add Status ability. The ultimate fork is the Gastro Fork, acquired after catching 99 frogs in the various swamps around the world and defeating the boss that appears; the full party fights the boss, not just Quina. Quina has a unique robe: Glutton's Robe.

If Quina is brought to Oeilvert, the Epitaph may make a mirror copy of them to face the party as an enemy. The mirrored Quina will deal maximum damage against Quina, but normal damage to others.

Quina can first be met as an unnamed NPC in Alexandria Castle's kitchen. Quina later partakes in the Festival of the Hunt under the name Strange Gourmand, but is never depicted on-screen and cannot win.

Quina can join after the party first leaves Lindblum on foot, but can be skipped until after the second visit to Lindblum when the party heads out looking for a way to the Outer Continent. It is advised to recruit Quina on the earliest chance, as they can be of help in Gizamaluke's Grotto, Burmecia, and Cleyra, and there are some good Blu Mags they can learn in these places, notably Auto-Life from the Carrion Worms in Cleyra's Trunk. If Quina learns Limit Glove, the party could also attempt level grinding against Grand Dragons on the plateau above Gizamaluke's Grotto that are usually too hard for the party to take on at this point. (However, the party at this point lacks stat-boosting equipment, making level grinding less effective, and later party members who join will have their levels adjusted to the party average, missing out on earning Magic Stones). Any ATEs available in Cleyra associated with Quina are also missed if they were not recruited, and there is one treasure the player can only get if Quina was recruited:

After the Active Time Events with Quina, they can be found at the Sand Pit near the town entrance, still looking to eat. Quina will think the swirling sand is ice cream and jumps in, getting sucked down. Zidane will chase after and both will fall past the bridge the passed on the way up and land on the inaccessible ledge in the sand base, now being able to reach the two chests with the Silk Robe and second pair of Magician Shoes.

After the events at Cleyra, the rest of the party leaves without Quina, who returns to the marsh off screen. When the party is looking for the route to Outer Continent, they find them at the marsh and either recruit or re-recruit them to their ranks; Quina needs to be in the party to find the Fossil Roo when traversing among the tall grass. Quina stays with the party for Conde Petie and Black Mage Village, but leaves the party when Eiko Carol is met at the beginning of Conde Petie Mountain Path. In Madain Sari, Quina has a role for Eiko's cooking: the player should make enough food for 11 people and assign the moogles accordingly.

Quina stays behind in Madain Sari when the rest move on, and surfaces in Lindblum later, also appearing in some ATEs in Treno. When the party gets the Blue Narciss, Quina remains as a permanent party member. When the party heads to Desert Palace, the player must split the party by choosing whom to send to Oeilvert; having Quina stay in Desert Palace is a good idea as their LV5 Death Blu Mag can kill everything but the boss there. Alternatively, the party can also bring Quina to Oeilvert since there's a nearby Qu's Marsh where Quina can catch frogs. It is also a good idea to bring Quina to the next dungeon—Mount Gulug—to eat the Red Dragons there to learn Twister; Eiko is also not available at this point, and Quina can replicate some of her abilities with Blu Mag: healing with White Wind, status-healing with Angel's Snack, and Eiko's Carbuncle abilities with Mighty Guard.

When the party splits to tackle the elemental shrines simultaneously, Quina goes with Zidane to the Earth Shrine where they fight the Earth Guardian boss. This is the only playable elemental dungeon, the others only appearing in cutscenes. In Pandemonium, Quina pairs with Steiner for a set battle against an Abadon during the "You're Not Alone" segment.

For the Mognet quest, the player needs to find the entrance to Fossil Roo again to deliver a letter to Mois; Quina needs to be in the party to find it again.

When Quina is in the party, the player can play a frog catching minigame at the Qu's Marshes around the world to earn rewards. There are four marches across the world map. Catching 99 frogs is required to earn Quina's ultimate weapon. More frogs spawn gradually after being caught, but return faster if the player leaves a male and female behind rather than catching all frogs. A golden frog can spawn randomly to a marsh, which expedites the rate the frogs spawn. Catching frogs powers up Quina's Frog Drop spell, making it potentially one of the strongest abilities in the game, also useful for its low 10 MP cost.

If both Quina and Vivi are in the party, and the player visits Quan's Dwelling after obtaining the Hilda Garde III, Quina has a vision of food on the stone table. After some dialogue, Quale, Quan, and Vivi enter, Quan saying a gourmand is nothing without an imagination, telling that Quina is on the right track. Afterwards, the player can look into the clock to receive a pair of Running Shoes.