Quicksand (底なし沼, Sokonashi Numa?) is a recurring ability in the series. It is often used by enemies, but is also an ability the party may use, usually used with the Geomancer class. It either removes a target from the battle or inflicts non-elemental damage to the entire party.

Quicksand is usable by the Geomancer's ability Terrain, which will instantly KO one enemy. It is used only on Desert areas.

Quicksand is used by Sandworm, Desert Killer, and Spizzner. It inflicts 60 fixed non-elemental damage to the party and inflicts Sap. It is also a Gaia ability which can only be used when fighting in deserts, and inflicts instant KO to all enemies in the battle.

Quicksand can also be used by catching and releasing a Desert Killer, Desertpede, or Ammonite.

Quicksand is used by Land Worm, Sand Worm, and Leech. It deals Earth-elemental damage and also lowers Speed. It has an attack power of 146.

Quicksand is an active, earth-elemental magic ability that inflicts magical earth damage and Slow on a single target for 4 AP. It can be used by Mordskull and Sand Worm. 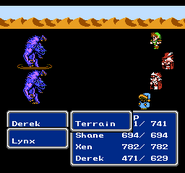 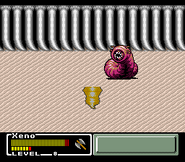 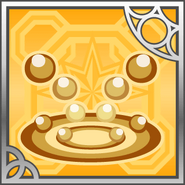 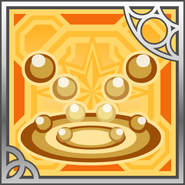