Quetzalli, also known as Palidor, is an esper in Final Fantasy VI who can be acquired as a magicite.

The Quetzalli is a purple bird with a long thin beak and sharp talons, with multi-colored wings.

Quetzalli costs 61 MP to summon, and casts Sonic Dive, causing the entire party to use a Jump attack, exiting the battlefield to soon descend to deal damage to the enemy. Characters that are under Petrify, Sleep, Stop, Hidden, or Frozen statuses will not jump. Quetzalli offers no level up bonuses.

The effectiveness of Quetzalli's summon depends on the party, with a party of physical characters naturally doing more damage than mages. Given that Sonic Dive will deal four individual hits, it can effectively break the damage cap and will likely will do so with a strong party. It is best used against bosses and high-HP single enemies, as against groups the jump targets will be random and thus less effective.

Quetzalli is an extremely useful magicite for its spells and should be obtained as soon as the player acquires the Falcon. However, in the GBA and now 2014 mobile/Steam versions, if the player is up to facing the Gigantuar, the Cactuar magicite teaches Hastega much faster and is available at the same time as Quetzalli. 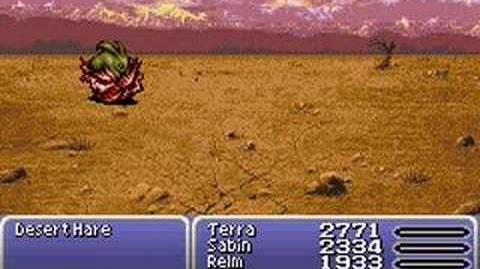 [view · edit · purge]Quetzalí is the name given to a young Quetzal. The word originates from the Nahuatl language, the primary language of the Aztecs. The word Quetzalli translates into English as "large brilliant tail feather". The root quetz means "to stand up", accurately describing the position of the quetzal's colorful posterior plumage.

Palidór is Romanian for "pale".