Punishing Meteor (おしおきメテオ, Oshioki Meteo?, lit. Punishing Meteor), also known as X-Meteor, is a recurring ability in the series. It is the Desperation Attack of Gogo.

Punishing Meteor is the Desperation Attack for Gogo, only usable when they are in HP Critical status and only if they have the Attack command equipped. It deals non-elemental magical damage to one enemy with an attack power of 146.

Punishing Meteor appears as Gogo (VI)'s Burst Soul Break, learnable from the Helm of Wonders (VI). It performs eight attacks to one enemy, their exact properties depending on if the user's ATK or MAG is higher: if their ATK is higher, it deals 95% of the normal physical attack damage per hit (760% total), while if their MAG is higher, it deals 213% of the normal magical attack damage per hit (1704% total). Regardless of which is higher, it raises the party's ATK and MAG by 30% for 25 seconds, and grants Haste and Burst Mode to the user, allowing the following commands to be used: 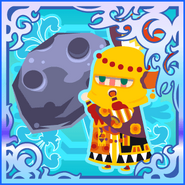 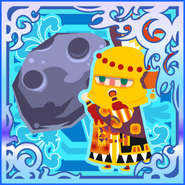 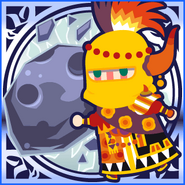 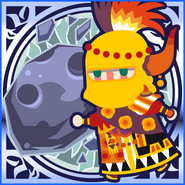 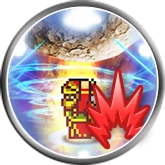 "Punishing Meteor" is thus inaccurately named, as pieces that withstand the atmospheric ablation are known as "meteorites."

Since the attack first appeared as Gogo's Desperation Attack, it is likely a reference to Famed Mimic Gogo's use of Meteor to punish people who fail his test.