Priscilla is a non-player character from Final Fantasy VII. She is a young resident of Under Junon and is friends with a Cetacea she calls "Mr. Dolphin".

Cloud Strife encounters Priscilla as she is attacked by the Bottomswell. After defeating Bottomswell, Cloud performs CPR on her. She recovers and becomes infatuated with Cloud. As a gift, Priscilla gives him her amulet, the Summon Materia Shiva. Priscilla gives a whistle by which Cloud can call Mr. Dolphin and use him to jump up to Junon.

Priscilla continues to follow Cloud's actions carefully. She is aware he fell into the lifestream, and once they meet again after he returns from Mideel, she orders Cloud to be more careful because she wants to marry him.

The player must play a CPR minigame to revive Priscilla after the battle against Bottomswell. Priscilla requires 41 "breaths" to recover, and a full bar in the CPR minigame is 10, meaning the player needs to take at least five lungfuls to resuscitate her. The player must wait to press the confirm button when the gauge on the screen slowly fills, but if they wait too long the attempt fails and Cloud must start from the beginning.

The way Cloud revives Priscilla is mistakenly referred to as CPR in the game, instead of AR (artificial respiration, a.k.a rescue breathing). CPR includes chest compressions, which are only necessary if the recipient's heart has stopped (no pulse).

If the player's Materia stock is full, Priscilla is unable to give the Shiva Materia to Cloud's party as thanks for saving her. If this happens, she leaves the Materia in her house, where the player can collect it when they have room in their inventory.

There is a potential "bug" that may trigger in the scene that plays soon after Priscilla gives the Shiva Materia and moves towards the beach. If the player progresses the dialogue at the wrong time, Priscilla may get stuck between the old man standing still and the old lady moving around. The game will be unable to progress as Priscilla can't reach the beach, and the player will have to reset and replay the scene.

As part of the story, Cloud must use Mr. Dolphin to jump to the upper Junon. From Cloud's starting position, the player can simply whistle for the dolphin to jump twice without moving at all to get up.

Priscilla's dolphin remains at the beach a while longer. After obtaining the buggy, the player can return to the Dolphin and jump directly to the Cargo Ship to reach Costa del Sol instead of walking through all of Junon. It also saves the player 10 gil.

After the player acquires the Highwind, Mr. Dolphin is absent, as the player can access Junon by bribing the Shinra guard. Priscilla mentions Mr. Dolphin frequents the waters of the Mideel region.

Concept artwork for Priscilla gives her age as 13.[1]

The girl going down the slide in the Final Fantasy VII Remake announcement trailer wears a shirt that appears to depict the artwork for Mr. Dolphin (see gallery.) 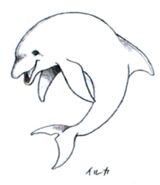 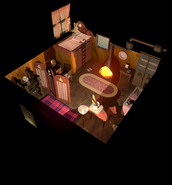 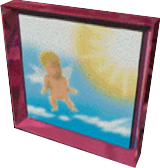 Priscilla's drawing in her room.

[view · edit · purge]Priscilla is a female given name derived from the Latin priscus (old). It is intended to bestow long life on the bearer.