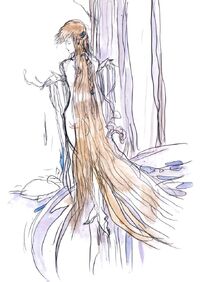 "Elia, the Maiden of Water" was first released in the original version of the game's soundtrack, of which it was the twenty-sixth track. It was remastered for the original soundtrack of the DS version as "Priestess Aria" (known as "Aria, Maiden of Water" in the game's Gallery), of which it is the thirty-first track. It was also included in the theme for the introduction movie of the DS remake, "Zephyr Memories - Legend of the Eternal Wind", the first track of the Original Soundtrack.

A live recording of "Elia, the Maiden of Water" is the twelfth track on the A New World: intimate music from Final Fantasy - Volume II album