Prettz (プリッツ, Purittsu?) (also known as Pretz or Pritz), is Linaly's friend and Guardian. He is the protagonist of Final Fantasy: Legend of the Crystals.

Prettz is a blue-haired boy who wears a white shirt, purple belt, brown pants, black boots, and two red wristbands. He wears his hair in a ponytail and has blue eyes.

A carefree youth, Prettz's attitude can eclipse his innate skill with a blade, which is itself quite considerable. Even so, he can be brash, crude, and very stubborn. It is unknown where he learned his skills, but based upon his inherent lack of personal discipline, it can be reasoned that his abilities are self-taught. He is flirty with Linaly. Prettz has an old clunker of a large motorcycle, which he uses to take Linaly and himself to places, usually in half hearted attempts to get the two of them alone. While his motivation for helping Linaly initially appears to be self-serving, he reveals a courageous and noble side that is genuinely concerned with protecting Planet R. He displays his courage in the face of monumental odds, and never gives up fighting, even when it seems that all hope is lost.

He easily performs feats of acrobatic skill, and can even leap from a moving bicycle and slay an enemy in mid-air. Prettz is thought to be a Samurai due to his sword skills with his Kikuichimonji nodachi. He also employs smiley-faced bombs (possibly sentient, since they smile before exploding) encased in a spiked shell, which splits in two, revealing a Pac-Man-esque ball that detonates with a potent blast.

Prettz begs Linaly and her Grandpa to let him go with them on a journey to check on the Crystal of Wind; an offer which Grandpa declines on the grounds that Prettz is merely interested in being with Linaly. This ultimately proves futile as he follows them anyway, and ends up saving the pair from a large serpent-like monster. Afterward, Grandpa is too fatigued to continue the journey, and Prettz takes his place as Linaly's traveling companion. He has a short temper, but controls it for better accuracy in knowledge.

This section about a character is empty or needs to be expanded. You can help the Final Fantasy Wiki by expanding it.
Spoilers end here.

He is voiced by Rica Matsumoto in Japanese, and by Matt Miller in the English dub. 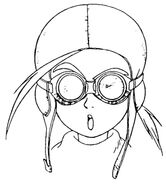 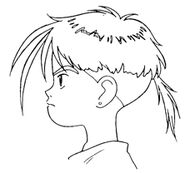 Concept art.
Add a photo to this gallery
Final Fantasy: Legend of the Crystals
Retrieved from "https://finalfantasy.fandom.com/wiki/Prettz?oldid=3278162"
Community content is available under CC-BY-SA unless otherwise noted.