Predict (よげん, Yogen?, lit. Prediction) is a command ability learned from the Oracle job class, exclusive to the Advance and subsequent versions of Final Fantasy V. It selects one of ten abilities, based on the last digit of the caster's current MP before casting the move and deducting MP. The power of that ability depends on the last digit of the target's current HP: the higher the number, the more powerful the ability.

A humorous prediction occurs if a party member uses Predict the moment they become a Zombie, resulting in the message "Do you think I'm pretty?", ending the Prediction with no outcome. 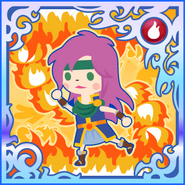 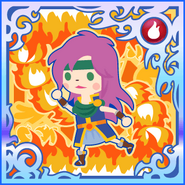 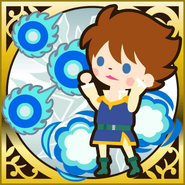 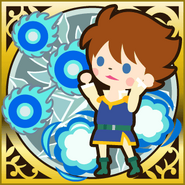 A prediction being cast (GBA). 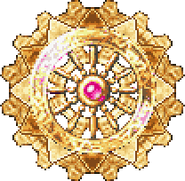 This gallery is incomplete and requires The humorous Zombie Prediction (iOS) added. You can help the Final Fantasy Wiki by uploading images.

A prediction is a statement about the way things will happen in the future, often but not always based on experience or knowledge.

[view · edit · purge]Prophecy involves a process in which one or more messages are allegedly communicated by a god to a prophet. Such messages typically involve inspiration, interpretation, or revelation of divine will concerning the prophet's social world and events to come.