Port Marilith is a location from the Muruc Cahuac Skysea, an island of Lemurés in Final Fantasy XII: Revenant Wings. It is a port city from the Skysea, and the only demographic spot in Lemurés visited. It is there where Vaan meets Rikken and his party for the first time. 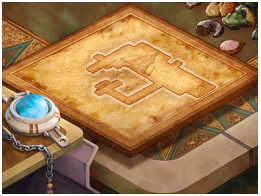 There are no conflicts on this area, and the place is an unrevisitable location, as it is destroyed when Bahamut attacks the Skysea, splitting it on various islands.

It is named after the enemy Marilith, who is, among other things, one of the Four Fiends from the original Final Fantasy. [view · edit · purge]A marilith is fictional creature in many official Dungeons & Dragons campaign settings. A marilith is depicted as a powerful, six-armed female demon with the lower body of a snake. Mariliths in Dungeons & Dragons are based on Hindu mythology, where gods and demons frequently have multiple heads and arms.

This section about a location is empty or needs to be expanded. You can help the Final Fantasy Wiki by expanding it.
Final Fantasy XII: Revenant Wings setting
Community content is available under CC-BY-SA unless otherwise noted.
Advertisement