Plus Barrette (プラチナバレッタ, Purachina Baretta?), also known as Platinum Barrette, is a recurring weapon in the series.

Plus Barrette is a mid-ranked weapon for Red XIII that provides 39 Attack, 104 Atk%, 12 Magic, and 4 unlinked materia slots with Double materia growth. It can be bought for 3,500 gil at Junon after obtaining the Highwind or found at Mt. Nibel on a pathway near the bridge in the first area.

Platinum Barrette is an accessory that provides +20 Max ATB. It can be obtained by finding a third Silver Barrette on a New Game+ file. 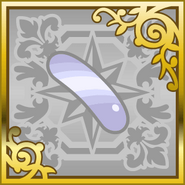 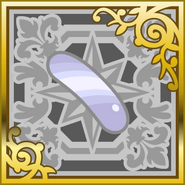