Cloud: I couldn't finish 'em. Looks like this's gonna get complicated.
The following tables are incomplete and require the coverage on NA and JP services entries to be filled. If you wish, please examine the table and add anything missing. Remove this notice upon completion. 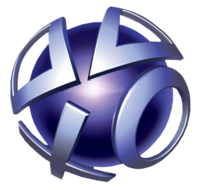 List of Final Fantasy games available through the PlayStation StoreEdit

Square Enix released a series of paid downloadable content for Dissidia 012 Final Fantasy, including new costumes for several characters and battle background track packs from each of the first thirteen installments of the main series.

The following Final Fantasy titles were available to use with the PlayStation Now streaming service until they were removed in October 2015:

Platforms
Retrieved from "https://finalfantasy.fandom.com/wiki/PlayStation_Network?oldid=3228091"
Community content is available under CC-BY-SA unless otherwise noted.