Platinum Ring (プラチナリング, Purachina Ringu?), also known as Platinum Bangle, is a recurring piece of equipment in the series.

Platinum Ring is an armor for Yuna, obtainable if the dominant abilities on any ring are any three Defense +% abilities.

Platinum Bangle is an armor for Lulu, obtainable if the dominant abilities on any bangle are any three Defense +% abilities. In the Japanese version, this is known as the Platinum Ring.

Platinum Ring is a ring that provides HP +8 and MP -8. It can be equipped by all jobs at level 60. It can be obtained by using an Azure Key on a Tenshodo Coffer. 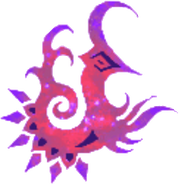