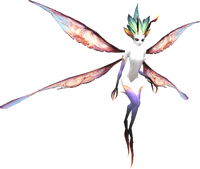 Pixies are creatures in Final Fantasy XI. They were spoken about in repeated eyewitness accounts received from the battlefields during the Crystal War, as creatures resembling what until then had been nothing more than legend in Final Fantasy XI. All reports indicated that these pixies, as they came to be called, had the power to wield magic as well as manipulate the winds. At the time, such accounts were dismissed by the nations' armies as hallucinations, brought about by the enormous mental strains of war.

Most wild pixies will generally follow a habitual route over a large area. Pixies will cast white magic on nearby players, including all tiers of the Cure spell along with Raise II and Raise III. However, Pixies often must rest a short time period after casting a spell before they are able to use another (unless they are being directly threatened). 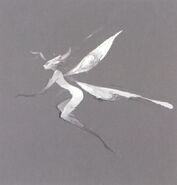 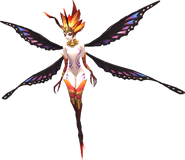 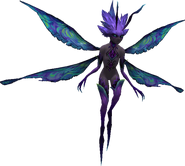 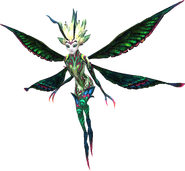 [view · edit · purge]Pixies are mythical creatures of folklore, considered to be particularly concentrated in the high moorland areas around Devon and Cornwall, suggesting some Celtic origin for the belief and name. Akin to the Irish and Scottish Aos Sí, pixies are believed to inhabit ancient underground ancestor sites such as stone circles, barrows, dolmens, ringfort or menhirs