Phoenix is a fire-elemental Eidolon from Final Fantasy Dimensions II. It is an optional summon that can be obtained as a signet for Wrieg to equip by doing the "Kraken of the Water II" sidequest in the Middle Ages.

In the original free-to-play versions of the game, Phoenix's signet could only be obtained through the game's summon draw shop. Two versions of the summon existed, one that taught Firaga abilities and another that taught Dragon Soul abilities. Phoenix was an SS rank summon and could be equipped by any party member.

The Phoenix's artworks depict it as a massive bird engulfed in flames with magic runes appearing near its face. Throughout its evolution, Phoenix's artwork begins to depict its flames engulfing more of its body, with its tail resembling a rainbow at its final evolution.

The following are the abilities Wrieg can learn from Phoenix: 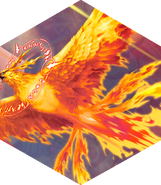 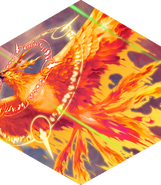 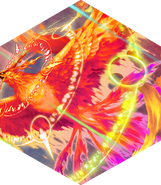 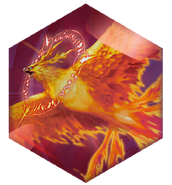 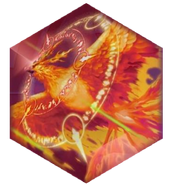 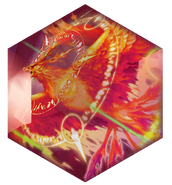 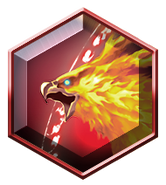