Nunocchi
Phlegethon is an earth-elemental Eidolon from Final Fantasy Dimensions II. He can be obtained as a signet for Wrieg to equip by completing his twelfth character episode, "An Ideal Future".

If the player manages to obtain Phlegethon before the end of the Crystal of Time arc, Wrieg will be able to take advantage of the signet's boosts to HP, Attack, and Speed. If the signet is obtained during the Eureka arc, the signet stats pales in comparison to the stronger stats provided by the signets obtained during that portion of the game. However, Phlegethon's Abyssal Slash ability for Wrieg is a strong attack that allows him to have a decently potent multi-hitting attack.

In the original free-to-play versions, Phlegethon was a SSS ranked earth-elemental summon and could only be obtained from the game's summon drawn shop. All party members could equip the signet.

Despite being based on the Titan and being named so in the Japanese version of Final Fantasy Dimensions II, the English localization of the game uses the name of Phlegethon from Final Fantasy XIV. This was done to differentiate the Phelgethon summon from the recurring summon Titan who also appears as an Eidolon in Final Fantasy Dimensions II, as both use different spellings in the Japanese version of the game, with Phelegethon being (ティターン, Titān?) and Titan being (タイタン, Taitan?).

Phlegethon's summon attack is Ancient Flare, which deals heavy earth-elemental damage to all enemies and has a chance to inflict instant death. Summoning Phlegethon costs 3 bars from the Summon Gauge.

The following are the abilities Wrieg can learn from the Phlegethon: 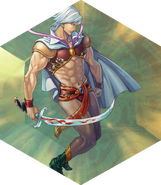 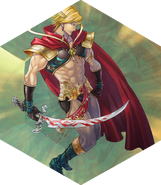 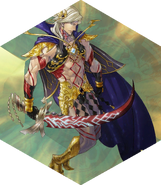 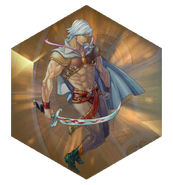 [view · edit · purge]In Greek mythology, the river Phlegethon or Pyriphlegethon was one of the five rivers in the infernal regions of the underworld.