A ghostly Esper formed of lost thoughts and dreams. Cast Fader for the party.

Phantom is an esper in Final Fantasy VI who can be acquired as a magicite.

Phantom appears as a ghostly figure with a humanoid shape. It does not take a solid form, and appears in a dark grayish color.

Phantom was one of several espers captured by the Gestahlian Empire during their first raid on the esper world. The captive espers were taken back to the Magitek Research Facility at Vector, and for sixteen years they were experimented on and had their magic drained to develop the Empire's Magitek army.

When the Returners infiltrated the facility and shut down the machinery draining the espers, they were too late to save them. With too much of their energy drained, they transformed into magicite and entrusted themselves to the Returners.

When summoned, Phantom uses Ghostly Veil (Fader in the Super NES and PlayStation) to grant the Invisible status on the player party. It costs 38 MP to summon. At level up it provides a +10% boost to MP.

Phantom can be a useful esper when facing enemies that use primarily physical attacks, rendering the party untouchable. It is much less useful against enemies with a mixed offensive, since the moment a spell is used, the Invisible status will wear off. Its level up bonus is useless due to how low of a boost it is, giving only one or two extra MP per level.

Phantom's spells are not terribly useful, although Vanish is needed for the Vanish-Doom bug exploit. Gravity is usually weaker than a normal damaging spell due to dealing fractional damage. As for Berserk, not many enemies are vulnerable to it, and it is not the most crippling status the player can inflict on enemies who are.

Phantom is one of the Rank 3 dark-elemental magicites in Record Keeper. When summoned it uses Ultra Ghostly Veil to raise the party's holy resistance two levels and grant them a barrier that blocks one holy attack. Phantom's attacks are Death, Dark, and Banish; they respectively inflict instant death on an enemy, deal dark-elemental damage, and grant a party member a barrier that blocks a holy attack. 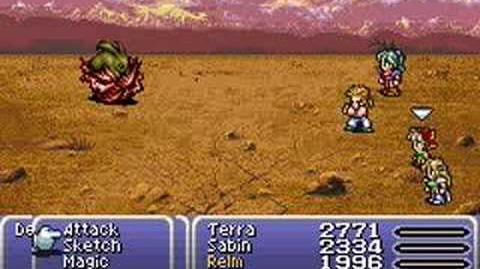 [view · edit · purge]A phantom is a ghost, a physical manifestation of the soul or spirit of a deceased person.