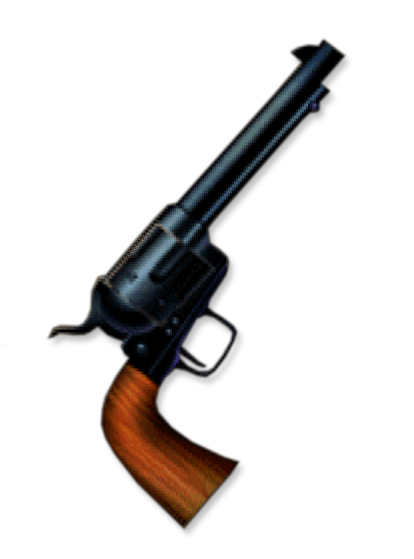 This elegantly designed gun is beautiful enough to hang in a gallery, yet so effective, it'd be a shame not to use it.

The Peacemaker (ピースメーカー, Pīsumēkā?) is a recurring weapon in the series. It usually takes the form of a gun, and is often a low or mid-ranked weapon with mediocre Attack power and no special attributes.

The Peacemaker is a mid-ranked weapon for Vincent. It can be acquired in Kalm early on, and bought in Junon after the party has the Highwind for 3,300 gil. It provides 38 Attack, 118 Hit rate, 8 Magic, and has one linked Materia slot and one unlinked slot, as well as Double AP growth. It appears to be based on the real world Colt Single Action Army revolver.

Peacemaker is a gun for Corsairs of level 72 or higher that provides a mere 13 damage, but with a delay of only 270, which is very low for a gun. It also raises Agility by 5 and lowers Enmity by 2. It can be acquired by defeating the Qiqirn Notorious Monster Bluestreak Gyugyuroon in Aydeewa Subterrane, or bought at the Auction House from another player who has done so.

The Peacemaker is a second tier weapon available to Lightning. It can be obtained by upgrading the Lifesaber with the Scarletite catalyst. It has somewhat decent stats while improving the Raise ability, making it restore more HP upon resurrecting a fallen ally. However, Lightning is a poor Medic, and weapons that raise her Magic or Attack stats are likely preferable most of the time.

The Peacemaker is a

Machinists. It can be purchased with tokens obtained from the repeatable quest

Peacemaker is a mid-ranked gun that provides 33 Attack, a range of 8, and teaches Charmshot to Gunners for 300 AP. It can be obtained as a random reward for completing a mission.

Peacemaker is the strongest gun, boasting 35 Attack and teaching Charmshot to Fusiliers for 400 AP and Enchant to Agents for 150 AP. It can be bought for 5,600 gil in the shop after creating it in the Bazaar by using an Earth Sigil, Moon Ring, and Silver Liquid.

A reliable firearm that increases accuracy, ensuring it brings the swift peace it promises. 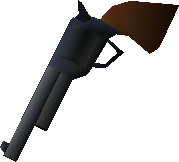 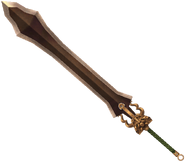 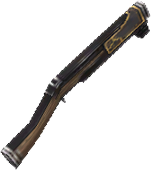 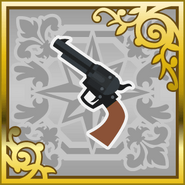 The Colt Single Action Army, which is also known as the Peacemaker, is a single-action revolver with a revolving cylinder holding six metallic cartridges. It has been heavily associated with cowboys, and is sometimes known as "the gun that won the west."