Paloom, also known as Palm or Parm, is a town in Final Fantasy II. As a port town, much of its income comes from its ferrying service, offering people quick and safe ship travel to the nearby port town of Poft for a princely sum of 32 gil.

It is possible to reach Paloom before obtaining a canoe by spending tens of hours on level grinding by walking the long route around the world.

Paloom is first visited by the party on their way to Salamand. Later, it is attacked by the Dreadnought, which causes heavy casualties to the population. After the destruction of the Dreadnought, they head for Paloom again, only to meet Leila, the pirate captain.

When The Emperor summons the Cyclone, the town is completely obliterated.

The background music that plays in Paloom is the Final Fantasy II "Town" theme. 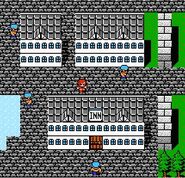 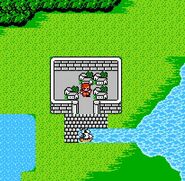 Paloom on the World Map (NES). 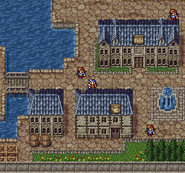 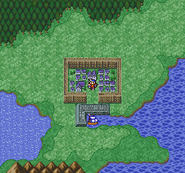 Paloom on the World Map (PS).