Palamecia, also known as Palakia in the unreleased English version on the Nintendo Entertainment System, is a brutal and war-hungry Empire from Final Fantasy II, ruled by the dictatorial Emperor Mateus.

The Empire of Palamecia is located on a fertile haven surrounded by a mountain range and an arid desert. Castle Palamecia is located on the mountain ranges nearby, which makes it a natural, impenetrable fortress. Just south of the castle and mountains lies the Coliseum used for competitions of various soldiers against monsters, as well as a makeshift prison. A little ways away from Palamecia itself is a refuelling station for the Dreadnought.

A story found in the Mysidian library in Dawn of Souls and later remakes, implies that Palamecia was a kingdom before becoming an Empire. A previous king of Palamecia had challenged the world to see who could reach his daughter on a high floor of his castle. Many men tried but failed, until one man used a hot air balloon to reach her. The king was furious and attempted to seize him, but the man escaped into the skies with the king's daughter. The story is an adaptation of the traditional Rapunzel fairy tale.

At the time of Final Fantasy II the Emperor builds an unstoppable army by raising demons from the depths of Hell. The Empire launches its war for world domination; all in all, according to the Pinnacle Rocks quest in Final Fantasy IX, the Palamecian Empire fought against 33 small countries, many or most of which were subjugated.

The Empire conquers the kingdoms of Deist and Kashuan and the army eventually reaches the kingdom of Fynn. Despite the people of Fynn's resistance, they are overrun due to Borghen's defection to the Empire. The fall of Fynn results in a pyrrhic victory and heavy casualties on the Empire's hand, preventing them from conquering Altair and Gatrea.

The Emperor creates the weapons of his demise when taking over Fynn as four youths—Firion, Maria, Guy and Leon—are left for dead after being attacked by his Black Knights. While Firion, Maria and Guy are saved by the Wild Rose Rebellion and join it, Leon is captured and becomes the Emperor's right-hand-man as the Dark Knight.

While the rebels build their forces, the Empire constructs a giant airship, the Dreadnought, and with it the Empire crushes every town that gets in their way. They capture Princess Hilda and strike Cid and his airship. The rebels down the Dreadnought and the Empire must rethink its plans, though it still has one trump.

The Empire holds Princess Hilda captive, and uses her as bait to lure the Wild Rose's attention to the Coliseum at Palamecia, where Hilda is the prize for the arena champion. The rebels rescue the princess nonetheless, with the help of Paul and Gordon.

While the rebels' key members seek out the ultimate magic spell, Ultima, the Emperor summons a Cyclone to attack the the remaining unoccupied towns and kingdoms. Firion's party kills the Emperor with the aid of the last surviving Dragoon, Ricard Highwind.

At the height of its rule the Palamecian Empire commands the entire southern portion of the continent, with their rule extending as far as the city of Fynn. For the most part their rule went unopposed, although the Wild Rose Rebellion is a formidable threat. The Imperial capital is Castle Palamecia, located at an impregnable mountain range, with a Coliseum in close proximity and surrounded by forests and deserts. Bafsk, Kashuan, and Fynn are occupied by Imperial soldiers with the former being used as the place to build the Dreadnought. The Empire ultimately destroys Gatrea, Altair, Poft, and Paloom with the Cyclone, while the Dragoons at Deist were wiped out in a genocidal act via poisoning the water source on the island.

The Empire is ruled by Emperor Mateus, with Leon—upon being captured and brainwashed—presumably acting as the official next-in-line. Leon leads the attack via the Dreadnought on Paloom, Altair, Poft, and Gatrea. It is unclear what particular role in the hierarchy Borghen plays after he defects from Kasuadan and ensures its capture, although he is involved in the Empire's attempt to secure the Goddess's Bell at the Snow Cave (a mission implied to be a suicide mission), and plays a role in the development of the Dreadnought.

The Empire has a massive military, and is exceptionally brutal in its conquests. Various lesser-ranked officers lead the Empire's field skirmishes.

Various armored soldiers make up the largest wing of the Imperial army. There are seven known ranks of soldiers. Armored soldiers comprise most of the forces, and come in several individual ranks of power, including Soldier, Sergeant, Captain, and General. Soldiers, wearing yellow/bronze suits of armor, are the standard Imperial footsoldiers. The Sergeants, wearing blue/purple/dark blue suits of armor, are assigned to various missions, like guarding mythril armor from the Wild Rose Rebellion. The Captains, identified by green armor, do guard duty at Fynn and the Dreadnought, the former presumably to rout out any Wild Rose Rebel soldiers. Finally, the Generals, wearing gray/blue/purple armor, are considered the cream of the crop of the Imperial forces, and are assigned to guard the Cyclone as well as Castle Palamecia.

The fifth rank are the Black Knights, specialized soldiers who are nigh invincible in combat. The sixth rank is Mateus's personal guards, the Royal Guards, seen in the Cyclone where they guard and aid the Emperor when he fights Firion and his party. The seventh and final rank are Death Riders, the damned forms of the Palamecian knights guarding Pandaemonium for the Dark Emperor.

Because of the Emperor had sold his soul to summon hellspawn to aid in his campaign for world conquest, the Palamecian Empire has under its command various monsters and demons. Some of these, such as the Behemoth, are used to fight the Imperial soldiers in the colosseum, while others, such as the Lamia Queen and Wood Golem, are used to directly aid the Empire (the latter of whom is summoned by Mateus when fighting Firion's party in the Cyclone).

An immense armored airship, the Dreadnought is the ultimate weapon of the Empire, capable of severely damaging cities before being required to refuel. It is weak to the Sunfire, which causes its engine to detonate, destroying it in the process.

The other superweapon accessed by the Palamecian Empire is a castle situated within a cyclone created by the Emperor himself. It is used to obliterate four towns before the Emperor dies at the hands of the Wild Rose Rebellion.

Palamecia is present as a room for customized characters of the Multiplayer Mode Online Lobby.

Palamecia is featured in the background of the Final Fantasy II "Main Theme" Field Music Sequence.

One of the Sanctum Skyfleet's airships in Final Fantasy XIII is called Palamecia.

One of the original servers for Final Fantasy XIV was named Palamecia. It was merged into the Excalibur server along with the Karnak and Bodhum servers.

In the Final Fantasy II novelization, Final Fantasy II Muma no Meikyū, it is stated Palamecia is cursed with demonic influences that corrupt its emperors. The demon, desiring to rule the world by human proxy, turns men into malicious masterminds by using everything at its disposal to pollute their thoughts with its malice. The demon originates from the beginning of the world when it became trapped within the indestructible "Stone of Iludia" and swore revenge. After ascending to the throne, Mateus exiles his mother, Airu, to the deserts of Palamecia, but she still spends her life trying to find a way to save him. During the novel, Airu and Minwu team up to find a crystal, which can purify the land. It ends up being too late to save Mateus, but it helps to bring peace to the world.

Although not to the extent of the Gestahlian Empire in Final Fantasy VI, the Palamecian Empire shares some similarities to the Galactic Empire from Star Wars. If the player encounters Palamecian Soldiers, the latter will sometimes refer to the party as "Rebel Scum", which is the insult the Imperial Officer Renz uses against Han Solo in Star Wars: Episode VI Return of the Jedi. In the remakes, the cutscene where the party observes the Dreadnought pursuing and ultimately capturing Cid's Airship with Queen Hilda on board resembles the opening scene for Star Wars: Episode IV A New Hope. Elements of Leon's characterization, such as his being a former member of the heroes before being brainwashed into the Emperor's service, his high rank and wearing black armor, having magical powers under the service of the Empire, being related to one of the heroes, and ultimately aiding his former friends in taking out the Emperor late in the game, are similar to Darth Vader from the original trilogy. 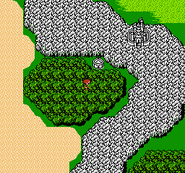 [view · edit · purge]Paramecium (plural paramecia) is a genus of single-celled oval-shaped protists that are naturally found in aquatic habitats. They are widely used as a model organism and for education.

[view · edit · purge]An empire is a dominion composed of a multitude of nations that's ruled by one sovereign leader, generally an emperor, although some empires were ruled by kings.