The Paladin is a Job in Final Fantasy XIV, introduced as the Discipline of War Gladiator (剣術士, Kenjutsushi?, Swordsman) in the original release, with a guild situated in the Coliseum in Ul'dah. Players start as a Gladiator, and then may upgrade to Paladin using the Soul Crystal obtained from the quest Paladin's Pledge after Gladiator reaches level 30. 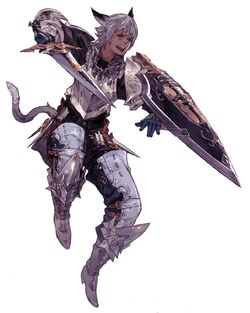 Gladiators wield swords and are the only Discipline of War capable of equipping shields. The Gladiator's primary role is to tank, focusing on shielding their allies from enemy ire by drawing their attacks on themselves.

Paladins further increase the defensive capabilities of their base class. Paladins gain abilities that sacrifice offense for defense and vice versa. They also make use of healing and barrier spells.

One of the first paladins of the Sultansworn of Ul'dah, Jhal Tristram the True, was a Midlander Hyur sworn to the service of Ul'dah's founder Sasabal Ul Sisibal I. This makes him the first known paladin.

Gladiators and paladins predominantly wield one-handed swords in conjunction with a shield in the offhand. They are the only discipline that can use shields after level 50, giving them exclusive access to the ability to block attacks. Their armor is primarily made up of "Fending" gear that they share with other tanking disciplines, boasting the highest defenses among all armor pieces. At lower levels they also have access to the lighter armor used by DPS disciplines. While the items' bonus attributes may be of use, it is important to weigh their benefits against the defenses lost.

The primary attributes for gladiators and paladins are strength and vitality, which boost their attack power and HP respectively, and should be prioritized over other attributes. They have access to the tank-exclusive tenacity attribute, which boosts their damage done and healing received, while also lowering damage taken.

The Oath Gauge displays an icon that changes color depending on whether the Paladin is in enmity stance. The gauge also displays the strength of Oath, which will grow using auto-attacks. Several actions require a quantity of Oath before they can be used, and will weaken it with each use.

Common actions have no cost.

Players are restricted to equipping two additional PvP actions at a time.

The following abilities have been removed. Removed abilities may still appear on the hotbar, their icon greyed out icon with a red strikethrough. They will have no effect and must be removed by the player. The given statistics represent their last form before their removal. 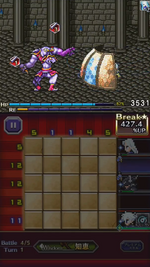 After patch 1.20, Gladiators received many of the abilities from the scrapped Sentinel discipline, and lost a bit of attack power in exchange for better defense and tanking abilities. Gladiator animations are used by any Disciple of the Hand or Land that enters combat with their tools. This includes the class/job-specific Victory Pose (/vpose) and Battle Stance (/bstance) emotes. Gladiator and Paladin's battle stance is similar to Tidus's from Final Fantasy X.

Gladiator upgrading into Paladin is a change for the western localization; in Japan, the class is Knight, and the adventurer's status as a knight unsworn to the Ul'dahn Sultana fits the general description of a knight-errant.

The Rematch. In the quest Aldis mentions he had defeated Leavold in their last coliseum bout using the technique and teaches it to the player. Shield Swipe was removed with the job reworks introduced in Shadowbringers, and the quest was altered to no longer mention Shield Swipe. 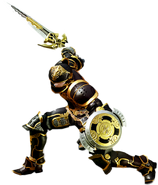 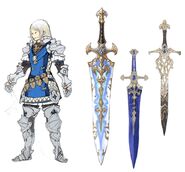 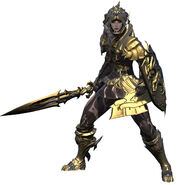 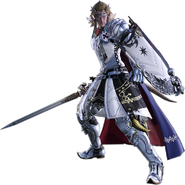