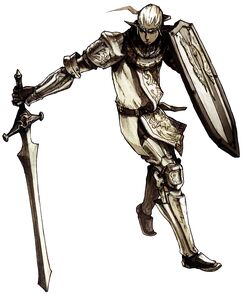 A group shot of all the races in Artifact Armor.