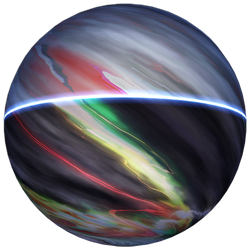 Ozma (オズマ, Ozuma?) is a boss from Final Fantasy XIV, based on the superboss of the same name from Final Fantasy IX. It appears as the third boss inside the Weeping City of Mhach raid dungeon. It is an ancient defense mechanism created by the mages of Mhach to attack intruders that enter the facility. Unlike in other appearances, Ozma can transform into a cube, pyramid, and blackhole form.

[view · edit · purge]Ozma is a fictional character in the Land of Oz, created by L. Frank Baum. Project Ozma, an early SETI attempt at finding extraterrestrial life, was named after Princess Ozma, and is likely the inspiration behind the UFO-like Ozma.

This section about an enemy is empty or needs to be expanded. You can help the Final Fantasy Wiki by expanding it.
Retrieved from "https://finalfantasy.fandom.com/wiki/Ozma_(Final_Fantasy_XIV)?oldid=3240583"
Community content is available under CC-BY-SA unless otherwise noted.