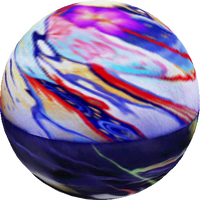 Ozma (オズマ, Ozuma?) is an unusual spherical monster that debuted in Final Fantasy IX as the game's superboss. It is a ball of swirling energy, one hemisphere being made of light energy and the other hemisphere of dark energy.

Ozma is a superboss fought in Chocobo's Air Garden. To reach it, the player needs to undertake a long sidequest. Ozma is notorious for its unpredictable attack patterns and the random damage it can dish out with its Meteor. Defeating Ozma yields a trophy item, its Tetra Master card, and a Pumice that teaches Dagger her ultimate eidolon, Ark. In the latest versions, defeating Ozma also yields an achievement/trophy. If the party defeats Ozma before encountering Hades in Memoria, Hades will comment on the feat.

Ozma's exact nature is unknown. It is found within an "eidolon cave", meaning it could to be an ancient eidolon whose power the summoners couldn't harness. Mene describes the energy emanating from the cave to be "not of this world". Since Ozma drops a completed Pumice, which teaches the Ark eidolon (which is assumed to be of Terran origin), Ozma could be a construct from Terra. 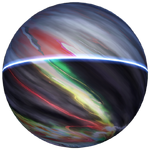 Ozma is a boss inside the Weeping City of Mhach raid. It is an ancient defense mechanism created by the mages of Mhach to attack intruders that enter the facility. Unlike in other appearances, Ozma can transform into a cube and pyramid form.

In Eureka, Hydatos, there is a final boss of the public dungeon the Baldesion Arsenal that goes by the name Proto-Ozma, with a new star-like shape that will instantly use an aoe within its range. When it reverts to is normal form, it will create a black hole which will remove anyone who is not within the portal from the public dungeon. Defeating the boss while still alive earns an achievement, which rewards the Demi-Ozma mount. 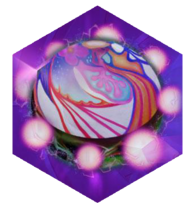 Ozma appeared in the original free-to-play version as a dark-elemental summon and its appearance was based on its original design from Final Fantasy IX.

Ozma's special ability was Final Judgment when summoned into battle, which dealt dark-elemental damage to all enemies and allies. The ability's appearance and effect were callbacks to the Doomsday black magic from Final Fantasy IX, which Ozma used during the fight against it. Summoning Ozma required 3 bars from the Summon Gauge.

Ozma allowed the wielder to use the following abilities: 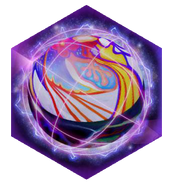 The metaphysical being Ozma exists without form and is unknowable, untouchable, and unattainable. And it is indispensable. Those who recognize it will be forced to question existence, being, the gods, and themselves.

Ozma appears as a boss-type enemy.

Ozma appears as an boss-type enemy in Battle Music Sequences.

In Dissidia Final Fantasy, Zidane's level 100 weapon is called Ozma's Splinter. One of the random names for competitors in the Final Fantasy XIII-2 chocobo races in Serendipity is "Ozman Victory".

[view · edit · purge]Ozma is a fictional character in the Land of Oz, created by L. Frank Baum. Project Ozma, an early SETI attempt at finding extraterrestrial life, was named after Princess Ozma, and is likely the inspiration behind the UFO-like Ozma.