Power up when [Near death]

Oversoul (オーバーソウル, Ōbāsouru?), also known as Power Soul, is a recurring weapon in the series.

Powersoul is a high-ranked weapon for Tifa, providing 28 Attack, 106 Atk%, 7 Magic, and 4 single Materia slots with double growth. When Tifa is in Near Death status, the weapon's attack power doubles, and if she is under Death-sentence, its power is quadrupled. Both effects stack, making the Powersoul an extremely powerful weapon for when it can be obtained. It can be bought for 4,200 gil at Junon (after obtaining the Highwind) and found in Mt. Nibel by taking Slide 2 in the room with the Materia Keeper. The weapon can also be used in conjunction with Curse Ring, granting Tifa the Death-sentence status at the start of a battle, meaning she will always deal quadruple damage.

Fists from another world that boost the wielder's power and spirit when in danger. Said to have been used by a woman from Nibelheim, a town befallen by a great catastrophe.

Powersoul is a Fist weapon available during the Gaea's Cliff event for 15,000 Everfrost Shards. It provides 84 ATK, 14 MAG, and increases ATK and SPR by 120% for 3 turns when HP drops below 30%.

The Power Soul appears as a 2-handed knuckle within the Forsaken Dungeon. It provides 24 Weapon Atk, 4 Durability, 5% MAX HP, -1 Speed, and -1 Consumption Rate. It can be bought for 14 gil at the Merchant's Shop. 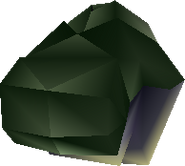 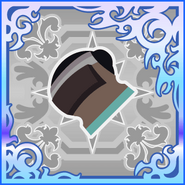 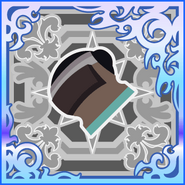 [view · edit · purge]In New England transcendentalism, oversoul is a spiritual essence or vital force in the universe in which all souls participate and that therefore transcends individual consciousness. Oversoul can also be the universal mind or spirit that animates, motivates, and is the unifying principle of all living things. It's a concept in the transcendentalist philosophy of Emerson and others.