Various
Orcs are a race of hulking, tribal Beastmenin Final Fantasy XI. They hail from the northern continent of Rhazowa, where their empire resides. They also have a substantial military presence in the Middle Lands, namely the continent of Quon, where they have a small outpost called Ghelsba in the Ronfaure region, and a large stronghold known as Davoi in the Norvallen region. These settlements are close to the Elvaan Kingdom of San d'Oria, and are led by Overlord Bakgodek.

Orcs are born with an innate lust for battle, which is put to good use, living in a society that requires all to participate in military training. Strength is valued above all in the orcish society, with the strongest rising in influence and power.

Most Orcs choose to follow the physical side of combat, becoming warriors, monks, dragoons, even rangers, while others choose to incorporate magic into their tactics, becoming dark knights or paladins. Others still choose to forgo physical combat and become black mages. These Orcs are often known as Shamans and are presumably held in high regard.

Orcish technology is crude at best, constructing their buildings and siege weaponry from wood and animal hides, and fashioning armor from leather, wood, and bone. They occasionally wield metal weaponry, though these could be stolen. 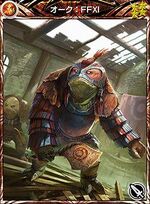 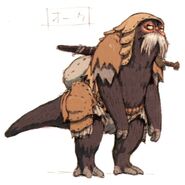 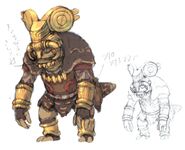 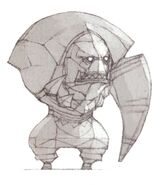 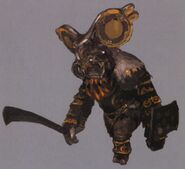 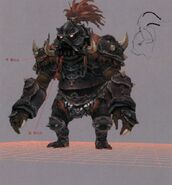 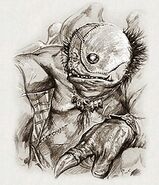 [view · edit · purge]An orc is a fictional humanoid creature that is part of a fantasy race akin to goblins. While the overall concept of orcs draws on a variety of pre-existing mythology, the main conception of the creatures stems from the fantasy writings of J. R. R. Tolkien, in particular The Lord of the Rings.