Learns ABP Up, Read Ahead

Soothsayers who can predict natural disasters - and direct them at foes.

The Oracle is a job in the Game Boy Advance and the now discontinued mobile and Steam versions of Final Fantasy V, found in the secret sea chasm. The secret sea chasm can be entered with a submarine once all the four tablets in the merged world have been collected; it is located underwater south of Phantom Village, and does not appear on the map.

The Oracle is the strongest mage job, boasting the highest Magic stat. Its inate command, Condemn, is unpredictable, meaning a magic skillset should be used in its ability slot. It also learns the Predict command, which can be similarly powerful, but is equally unreliable. Oracle is worth mastering for its Magic stat, and the ABP Up ability, which grants a 1.5x ABP-yield increase when equipping the ability. Read Ahead also means the Oracle can disable random encounters, if desired.

Mastering Oracle for all four characters in the defunct mobile and Steam versions earns the achievement "Prediction Machine".

Oracles dress in ornate robes and circlets with a large crystal on the headgear. Each character has their own color scheme: Bartz is teal, Lenna is orange, Faris is green, and Krile is cherry pink. The job class's design concept seems to be based on the depictions of fortunetellers, in addition to artistic depictions of the Oracle of Delphi.

Oracle has the highest Magic modifier in the game, surpassing even the Summoner. This means, in versions with Oracle available, it should ideally be mastered by all mages. However, all of their other stats are penalties, meaning their physical damage, turn rate, and HP will be lower than other jobs'.

Upon mastery, Freelancers and Mimes gain the Oracle's base Magic.

Oracles have a limited equipment selection. They can only equip staves as a weapon, and have mage armor in the form of magic hats, robes, and armlets. This means Oracle suffers from an inability to boost elemental attacks outside of the Holy element, or with mixes.

The Oracle, the Monk, and the White Mage are the only jobs that cannot equip knives, as there is no "Equip Knives" ability. The only knife they can use is the Man-Eater with the "Equip Ribbons" ability gained from the Dancer.

Different staves use different damage formulas: Light Staff, Staff of Judgment, and Sage Staff deal damage based on the attacker's Magic stat and the target's Magic Defense, while Staff, Flail, Morning Star, and Mace of Zeus use the axe damage formula, and benefit from Two-Handed. The best staff is Mace of Zeus, found in the post game dungeon added to the Game Boy Advance version: Sealed Temple. Many staves can be used as items to cast item magic.

Condemn is Oracle's innate command, and can be a powerful attack. However, both it and Predict have a chance of benefiting the enemies rather than the party; as such they are risky.

Condemn has the following effects:

The rank chosen with the Predict command affects the MP cost and the time it takes for the ability to execute. Rank 1 costs 1 MP and takes very long for the prediction to come true, while rank 2 and rank 3 cost more MP (3 and 7 respectively), but have a shorter charge time. The attack used in the prediction depends on the last digit of the caster's current MP, whereas its power depends on the last digit of the target's current HP. 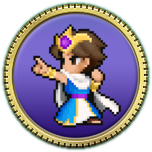 [view · edit · purge]An oracle is a person or agency considered to provide wise and insightful counsel, prophetic predictions, or precognition of the future inspired by the gods.

The job is called "Prophet" in Japanese. [view · edit · purge]In religion, a prophet is an individual who has claimed to have been contacted by the supernatural or the divine, and to speak for them, serving as an intermediary with humanity, delivering this newfound knowledge from the supernatural entity to other people.