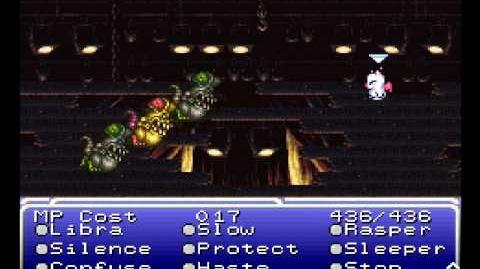 The Opera House glitch occurs in the Japanese Super Famicom version of Final Fantasy VI. It involves leaving one of the rats on the Opera House catwalks alive until the World of Ruin. If the party then fights the rat and is defeated by it, a normal Game Over does not occur; instead, the special event occurs where Ultros successfully disrupts the performance, after which the party is in the World of Balance instead of the World of Ruin, with NPCs inside the opera house responding as they do when the party begins a new attempt to meet Setzer. This is a harmful glitch as the player cannot return to the World of Ruin, and is thus unable to complete the game.