The Onion equipment (オニオン, Onion?) is a set of gear exclusive to the Onion Knight job. It is the strongest equipment and the set is usually made of a sword, a shield, a helmet, an armor, and gauntlets.

The pieces of this gear may carry status boosts and buffs, as well as debuff protection, though the basic Defense, Attack power, and Magic Defense granted are usually enough to endure even the hardest battles. The only downside of this equipment is that in most appearances, it is very difficult to obtain.

There is a glitch in the NES version that allows the player to obtain the full set right at the Altar Cave, and allows them to execute the Fully Equipped Onion Knight Strategy (FEOKS) as early as they reach Ur. Due to the design of the equipment index, a single use of the item upgrade glitch will upgrade a Leather Shield, Leather Helmet, Leather Robe or Copper Ring into an Onion Shield, Onion Helmet, Onion Armor or Onion Glove, respectively; the Onion Sword is slightly more difficult to get, requiring 21 upgrades from a Long Sword.

Lulu's Celestial Weapon is the Onion Knight. It grants Break Damage Limit, One MP Cost, Magic Booster, and Triple Overdrive. The doll bears the sprite of the Final Fantasy III Onion Knight on its shield. To obtain it, the player must search for the coordinates "12, 57" while aboard the Fahrenheit to locate Baaj Temple and dive into the water and swim to the northern doors. Geosgaeno will attack and after it is defeated, the chest containing the Onion Knight is found in the southern part of the area underwater.

The Venus Crest is found in the Farplane after Jyscal Guado has been sent. Upgrading the Onion Knight with the Venus Crest will allow Shiva to break the damage limit.

To obtain the Venus Sigil, the player must go to the Thunder Plains and dodge two hundred consecutive lightning bolts without leaving the area. The player is not told how many bolts they have dodged, and if they miscount and leave the area without dodging enough bolts, their total is reset. It is advised the player thus aims for more than two hundred bolts in case they miscalculate. Once two hundred bolts have been dodged in a row, the chest containing the sigil will appear in front of the Thunder Plains' branch of Rin's Travel Agency.

New characters who start the game will be equipped with an "Onion" weapon; e.g. a Warrior will begin with an Onion Sword. They are among the weakest weapons, and should be replaced once the player accumulates some gil. The exception are Monks, who start out with a White Belt.

Unwanted Onion equipment may be taken to Selbina, where a hume man named Romeo will start the quest "Donate to Recycling". This quest involves turning in five pieces of Onion equipment and awards the title "Ecologist" and the furnishing item Wastebasket.

Onion Arrows, Bolts, Shot, and Bombs appear as the weakest ammo of each type and are the default ammunition for Balthier and Fran. Contrary to other ammunition, Onion ammo can be bought in shops.

Onion Knight's Helm is an adornment; it changes visual aspects of a Paradigm Pack monster, but doesn't benefit it in any way. It is a reward from Chocobo Racing by earning the "Undying Cup" title.

Onion Knight's Helm is an adornment. It is obtained as a reward for completing "Adoring Candice" quest.

The Onion Helm is a special in-game item for those who bought the collector's edition version. The Onion Armor, Onion Mask, Onion Sarouel, Onion Tassets, Onion Gauntlets and Onion Boots call all be obtained in the raid instance "Labyrinth of the Ancients". This set is made specifically for the Dragoon and Lancer Job/Class.

Onion equipment can only be obtained via Melee and/or Rendezvous in the War of the Lions version. It is by far the strongest equipment, and it makes the wielder virtually unbeatable, but it is also the hardest to obtain.

In the iOS version, since there is no Multiplayer mode, the Onion equipment is available for purchase in the Poacher's Den upon completion of the game.

The Onion Sword is a sword, and it can be equipped by Soldiers, Warriors, and Dragoons. Unlike the other appearances, it is not very strong, and it does not teach any ability, but grants some bonuses to Defense, Magic Defense, and Evasion. It is obtained as a reward for completing the "Newbie Hall" mission, that appears after completing Mission #3 "The Cheetahs".

The Onion Sword appears can still be equipped by Soldiers, Warriors, and Dragoons. The new Spellblade job can also equip it, and learns the ability Confusion Blade from it. It is now a moderately strong weapon, and grants the same defensive bonuses as before. It can be bought for 3200 gil. It can also be created in the bazaar for a Gemsteel, an Onion and a Crusader Tonic.

Onion Sword is a Strength-raising artifact that increases Strength by 1. It can be obtained as an artifact set in the Mine of Cathuriges if the player gets over 181 points in the third cycle. It can be found in Veo Lu Sluice, Daemon's Court, Selepation Cave, Mount Kilanda and Rebena Te Ra all in the third cycle.

The Onion Rod is the only appearance of Onion equipment, and is the second strongest rod. It costs 19,823 gil.

Armor that existed within the third final fantasy. For males of all tribes.

The Onion Helm and Onion Armor are a set that make characters appear as an Onion Knight. Neither can be purchased and must be created with a scroll. The description makes reference to Final Fantasy III, the first game in the series to feature the Onion Knight.

The Onion Sword is a level 100 exclusive weapon for Onion Knight that grants +68 Attack, Damage +15%, and Major Gambler's Spirit and can be obtained by trading 31,920 gil, Royal Sword, Onion x5, Recovery Orb x5.

Only the Onion Sword returns, and is a level 100 exclusive weapon for Onion Knight, providing +68 Attack, +10% Damage, and the Sneak Attack effect. It can be obtained by trading 182,800 Gil, Royal Sword, Onion, and Youth's Hopes x5. 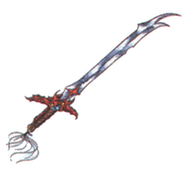 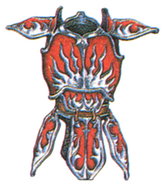 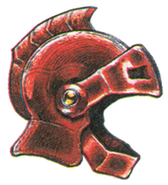 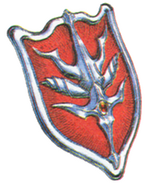 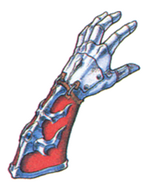 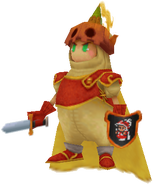 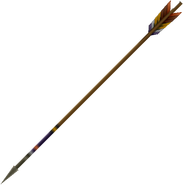 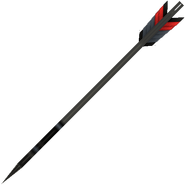 Onion Sword in Final Fantasy Tactics A2: Grimoire of the Rift. 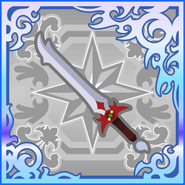 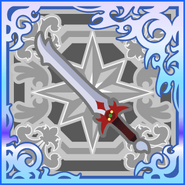 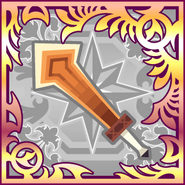 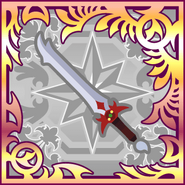