A plush doll from the faraway world of Spira. Oddly enough, this plush doll can be equipped as a rod. There are seven special weapons in Spira that exhibit tremendous power after strengthening them through special means, and the Onion Knight is said to be one such weapon. This weapon is said to have been used by a certain female who guarded a traveling summoner who ventured out into the world to defeat the great fiend, Sin.

Onion Knight (ナイト・オブ・タマネギ, Naito obu Tamanegi?, lit. Knight of Onion) is a recurring weapon in the Final Fantasy series. It is originally the Celestial Weapon for Lulu, and is oftentimes her strongest weapon in the games she appears in.

Onion Knight is Lulu's Celestial Weapon, found in a chest deep in the southern waters of Baaj Temple after defeating Geosgaeno. Initially, it only grants No AP.

After its first upgrade, it will grant No AP and Double Overdrive, and then when fully upgraded, grants Break Damage Limit, Triple Overdrive, Magic Booster, and One MP Cost. Upgrading the Onion Knight with the appropriate crest enables Shiva to break the damage limit.

Onion Knight deals more damage the closer to full MP Lulu is, with the formula being as follows:

The names of the weapon's crest and sigil depend on version. In most English versions Lulu's celestial body is Venus, but some versions use the Japanese naming scheme where her crest/sigil is Mars.

The Venus/Mars Crest is found in the Farplane (entered from Guadosalam) after Tidus mentions Seymour's departure for Macalania Temple. If the player missed this crest before progressing the storyline at the Macalania Temple, they will need to revisit Guadosalam after obtaining the airship.

To obtain the Venus/Mars Sigil, the player must go to the Thunder Plains and dodge two-hundred consecutive lightning bolts without leaving the area. The player is not told how many bolts they have dodged, and if they miscount and leave the area without dodging enough bolts, their total is reset. It is thus advised to aim for more than two hundred dodged bolts. Loading the save game (if the player saved the game each time dodged certain amount of bolts in row) will also reset the count. Once two hundred bolts have been dodged in a row, the chest containing the sigil will appear in front of the Thunder Plains branch of Rin's Travel Agency. 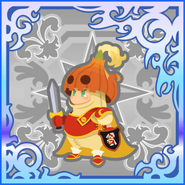 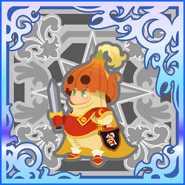