Punch to create a blast of wind that consumes the opponent. Can be charged for greater range and damage, and to increase damage priority.

One Inch Punch (短勁, Tankei?, lit. One-Inch Punch), also known as One Ilm Punch, is a recurring ability in the series. It is often associated with the Monk job.

One Inch Punch is a hand-to-hand Weapon Skill. When used, the ability will deal a single hitting attack attack that ignores target's defense. The amount of defense ignored depends on the amount of TP the player currently has saved up when using the skill. It provides the modifiers VIT: 100%. It can skillchain into Compression. It requires a combat skill of 75.

One Ilm Punch was a Monk weaponskill originally available after completing the level 45 Monk quest "The Pursuit of Power". It dealt an attack with a potency of 120, having a 100% chance of stunning the target for 1 second, and changes the current form to coeurl. The player was required to be in Raptor Form to use the weaponskill. It cost 120 TP, had an instant cast time, and shared its 2.5-second recast time with other weaponskills.

The ability was removed at the start of the Shadowbringers expansion.

One Inch Punch is one of Prishe's Bravery attacks. When used, the attack creates a blast of wind that consumes the opponent. The attack can be charged to have a larger range and deal more damage. One Inch Punch is learned at level 33 and it costs 150 AP to master and 20 CP to equip.

One Inch Punch appears as a SR+ Strength ability card. 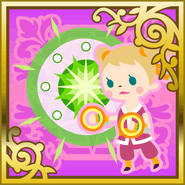 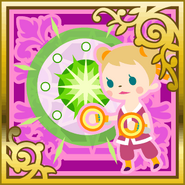 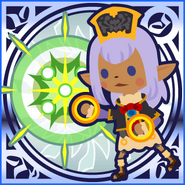 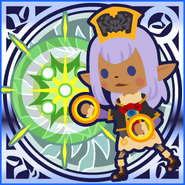 The one inch punch is a Southern Chinese martial art originated punch technique devised to make the most of limited leverage and space to land powerful blows in close quarter fights, by practicing "explosive" muscular power (external) and by coordinating the body's movements to properly guide the motion of qi from the center of the stomach area (internal) to unleash a sudden and smooth transition of the wrist at such a small range for an immediate and damaging punch. Its existence exploded into popularity after its exposure to the world by martial artist Bruce Lee and his exhibition at the Long Beach International Karate Championships of 1964.