Omega is a fire-elemental Eidolon from Final Fantasy Dimensions II. There are two Omega signets available; a version for Morrow that teaches him Firaga Breath abilities, and a stronger variant available to Wrieg that teaches him Particle Ray abilities. Morrow’s version is obtained during the "Phantom Ship Agent" main quest during Chapter 4-2 of the "Crystal of Time" arc, while Wrieg’s can only be obtained by purchasing it from the Moogle Shop during the post-game after the "Eureka" arc.

Morrow’s version of Omega is one of his best signets the moment it becomes available, providing him with a large boost in magic and HP, while offering a decent boost in attack. Its Firaga Breath abilities are powerful fire magic attacks that deal heavy damage to all enemies with no cast time, making it excellent when handling enemy groups in normal encounters, and can serve as a good means of dealing massive damage to bosses weak to fire. If upgraded to its final rank during Chapter 4-2, players can take advantage of the passive to increase Morrow’s fire-elemental damage potency by 16%, increasing the damage of the signet’s Firaga Breath III ability. However, Omega’s signet becomes replaceable during the game’s “Eureka” arc.

Wrieg’s version of Omega provides him with a large boost in HP and magic, while offering an average boost in his attack and speed stats. If obtained at the start of the post-game and Wrieg learns its default Particle Ray ability, he can use the ability to deal heavy fire-elemental damage to all enemies instantly, inflict stop, and lower their stats, making the ability useful on enemy groups on the earlier post-game floors of Babil Tower. Omega’s passive of increasing the potency of Wrieg's fire-elemental attacks by 20% helps increase the damage of the Particle Ray abilities; however, it should be noted that Wrieg lacks any other major fire-elemental attacks, which can make the passive slightly redundant for him. Depending on the player’s choice of stat building and passive abilities, the signet can be used for the entirety of the end-game if the player wishes.

Morrow’s version’s final artwork is based on the color scheme of the Omega Mark XII boss from Final Fantasy XII. According to the official description from the free-to-play versions, the girl sitting atop of Omega’s back is its summoner.

The following are the abilities Morrow can learn from his version Omega:

The following are the abilities Wrieg can learn from his version Omega:

In the original free-to-play versions, both Omega signets were released during the game’s time as Final Fantasy Legends: Toki no Suishō. Both versions were high ranked fire-elemental signets at the respective times of their releases.

The version that would become exclusive to Morrow became available with the default Shinryu signet. This version taught Firaga Breath I-III as in the premium release and could be equipped by all party members. When initially released, the signet lacked a passive ability; it was not until the later updates that Omega gained a unique passive that allowed the wielder to lower the damage inflicted by enemy fire, earth, and dark attacks by 15%. It was a rank SS signet.

The version of Omega that would become exclusive to Wrieg was originally known as Omega Ω (オメガΩ, Omega Omega?). It was released along with the Bismarck and Cherry signets. It allowed the characters to use Particle Ray Z-Ω abilities and had the Wave Cannon Ω summon attack. It had two passive abilities in the free-to-play versions; allowing the wielder to negate stop effects, and also the ability to increase the user’s magic potency by 10% - 20%, the amount depending on the signet’s rank. Omega was an SSS rank signet and could be equipped by all party members. 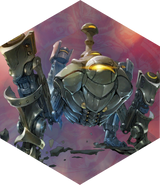 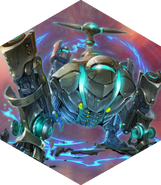 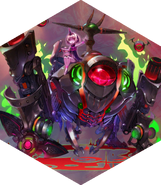 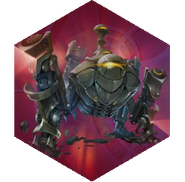 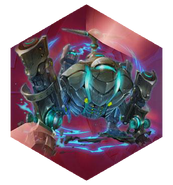 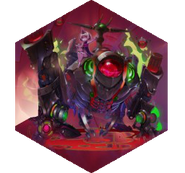 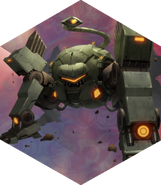 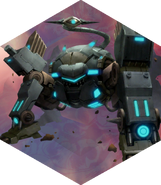 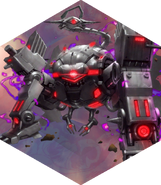 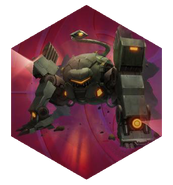