Futsuno Mitama is a great katana that provides 84 damage, 480 delay, DEX +8, Store TP +8, with a latent STR +8 effect. Its latent effect is active during weapon skills. It deals 10.5 damage per second and accumulates 130 TP per hit. It can be equipped by level 75 Samurai. It can be obtained by trading a Sin of Indulgence (dropped from Absolute Virtue) to Meret in Tavnazian Safehold. The quest "In the Name of Science" must be completed before Meret will accept any trades. It was also available during the special Mog Bonanza (2008 - 2010 (Rank 1)) event.

The Odinblade is a weapon for Noel that can be obtained by giving Hope a Chaos Crystal and then speaking to the man at the counter in the main Academia building or bought in Serendipity for 1,000 coins if the Odinbolt was chosen instead. Its strength is determined by the amount of fragments the player has received. Given that the player has all the fragments, the weapon becomes devastatingly powerful. It is the strongest weapon for Noel, while its counterpart, Odinbolt, is the strongest bow for Serah.

In Bravely Second: End Layer, Futsu-no-Mitama is a katana that provides 48 P.ATK, 90 Aim, 15 Critical, and deals 50% more damage to aquatic foes. It can be found in Dimension's Hollow. 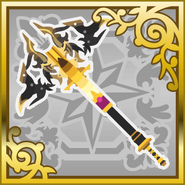 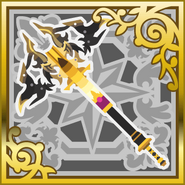 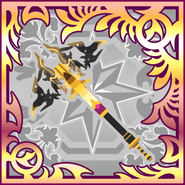 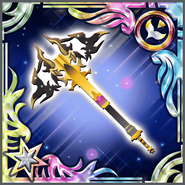 [view · edit · purge]Futsu-no-Mitama (rendered literally in kanji as "Govern Soul-of-Cloth Capital") is a sword said to have been wielded by Takemikazuchi in his campaign to bring order to Ashihara-no-Nakatsukuni in ancient Japan. In Final Fantasy XIII-2, Serah's equivalent bowsword in the Japanese release is complementarily called "Takemikazuchi".