Cid Pollendina: Oh, shut up and help me remodel the Odin (Brave Exvius) page!
Please expand this article into a full one. The following tasks need to be completed:This request can be discussed on the associated discussion page. Remove this notice upon completion.

Odin is an optional esper in Final Fantasy Brave Exvius. He resides in an old castle on the Zoldaad continent, and tests humans who dare visit the castle with its spear and sword, capable of felling foes in a single strike.

Odin is a warrior through and through, finding joy in battling worthy foes. Single combat against humans, however, holds no thrills for him and prefers his challengers to be with allies.

Hailing from the world of Paladia, Odin was one of the many esper who were banished to the world of Lapis at the conclusion of a great civil war between Aldore and Hess.

Long ago, Odin met by chance with a man, Raegen, who owned a special katana called Purple Lightning. That day Odin used his Zantetsuken to duel Raegen. According to Odin, it was such a fierce battle that the very land was torn asunder, but that it had brought him great joy.

After hearing the locals' rumors that a legendary sword rests in the Eroded Castle, Rain's party enters the building, and Purple Lightning (who is currently Lasswell's property) starts reacting to the esper's presence, which Nichol identifies as some dark power lurking further ahead. They reach Odin, who responds to the sword's presence and awakens. Reflecting on the ephemeral lives of the children of men, he cannot forget the sound of his blade ringing out against Purple Lightning since that day. He asks Lasswell to cross blades with him, and offers his spear Gungnir and even greater power if he proves himself worthy.

Although they defeat him, Odin remarks that Lasswell's skill with that sword pales in comparison to the previous owner, but he sees potential in him; perhaps he may be able to master that blade. He thus grants the party his power.

The party returns to castle when Odin's power hs grown and has to awaken. Odin can tell that Lasswell's sword has grown sharper and that it is now a blade able to protect those he cares about. Purple Lightning starts to glow as a proof of finding Lasswell worthy, so Odin judges him worthy to stand against him and his Zantetsuken. After the battle, he comments about that distant day in which he clashed with Purple Lightning and waits for the day that Lasswell is ready to face the true power of Zantetsuken.

In order to obtain Odin, the player must unlock his optional dungeon by talking to a NPC in Downtown Zoldaad. After the conversation, Eroded Castle will be unlocked when the player returns to the world map.

Odin does not gain bonus experience from any magicite.

He nullifies the Paralyze ailment at 3★, but otherwise has no elemental affinities.

Odin's primary stats are HP, ATK and DEF, and is thus recommended to equip him to Physical Damage units. His stats (without choosing nodes in his grid), along with the base stat points he grants when equipped by a unit, are:

In order to obtain Odin, he must be faced in an esper battle in Eroded Castle. 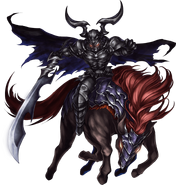 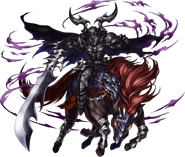 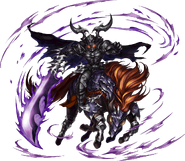 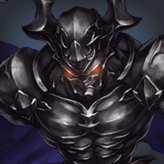 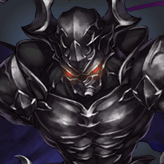 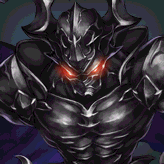