Nora Estheim is a minor character in Final Fantasy XIII. She's a resident of Palumpolum, Hope Estheim's mother, and Bartholomew Estheim's wife, hoping to repair the fractured relationship between her husband and son.

Worried about the worsening relationship between her son and his father, Nora wonders how to break down the barriers Hope has created. Wanting to protect her boy from the horrors of the Purge, she volunteers to join the battle, but is killed during the chaotic conflict.

Nora begs Snow to get Hope home, but the NORA leader never hears the boy's name before she slips from his grasp.

Who are you calling 'kid'?

Nora cares deeply for her son and husband but is troubled by their relationship growing ever more distant since Hope reached the teenager's problematic age. In Final Fantasy XIII Episode Zero -Promise-, it's mentioned that Nora never opposes her husband and would make excuses for his inability to spend time with her and Hope because of his job. The Final Fantasy XIII Scenario Ultimania describes Nora as a cheerful but elegant upper-class housewife with a sense of casualness. She's also said to be good at sports. She has a sense of humor, often calling herself tough because she is a mother. As Hope's mother, she is very protective of him and willing to risk her life to ensure his safety.

I hope he doesn’t die. There is nothing sadder than when a child dies before their parent...

After six months of planning, to heal the rift between Hope and his dad, Nora takes her son on a ten-day vacation in the seaside town of Bodhum to see the annual fireworks show. After checking in to their beach resort condo, Nora and Hope visit the shopping mall and look at chocobo chicks in a pet shop. Nora and Hope unknowingly inspire Lightning to plan a vacation away from Bodhum for her birthday to spend time with her sister Serah.

Five days later, Bartholomew calls Nora to tell her an urgent business trip has come up in the evening. Hope doesn't believe it since his father often neglects him and Nora for his job and resents Nora for never blaming Bartholomew for breaking his promises. Forcing her voice into a happy tone, Nora tells Bartholomew that since the cleanup operation after the incident three days prior has ended, she wants to visit Euride Gorge as they had planned. When Hope says his father is not coming, Nora says Bartholomew will join them in time for the festival and that there's nothing he can do about it since the Euride incident affected his job. Hope's harsh words hurt Nora, so he changes the subject and helps her wash vegetables she got from Yuj, Maqui, and Lebreau. When Hope calls Nora shameless for getting the vegetables for free, she says she's a tough mother and laughs.

The following day Nora and Hope visit Euride, but the plaza is closed off, and the place is full of PSICOM soldiers. After seeing the fal'Cie Kujata, they head back to the entrance and hear people passing by talking about a little boy getting hurt in the accident. Nora hopes the child does not die since there's nothing worse than a child dying before their parent. Hope thinks that regardless of when a family member dies, it's still sad for those left behind. Nora asks if Hope hates his father and says Bartholomew isn't good at these kinds of things, but many people in the Sanctum depend on him, and he wants to do a good job. Hope assures Nora he's not mad at his father since he will join them for the fireworks. Hope considers talking to his dad on the night of the festival if it will make Nora happy.

During the show two days later, Bartholomew is unable to make it. Nora wishes upon the fireworks, and Hope laughs at her sentimentality. Nora wished for Bartholomew to join them next year, but Hope claims they are better off without his father. Unbeknownst to them, PSICOM discovers the Pulse fal'Cie Anima within the nearby Pulse Vestige.

The next morning, the Sanctum announces the discovery, and the town's subsequent quarantine traps Hope and Nora. At the train station among a group of tourists, a frantic Nora begs with a PSICOM soldier for Hope to be allowed to return home, willing to stay behind herself, but her pleas fall on deaf ears. The Sanctum sentences them to be Purged to Pulse with everyone else in Bodhum, and they spend the night in the barricaded town. Queuing for the Purge train the following day, Nora and Hope meet Vanille when she bumps into Nora in the station. After making sure Vanille isn't hurt, Nora and Vanille briefly talk about where they are from, but Nora stops asking questions to tend to the troubled Hope. Because of Nora's kindness, Vanille decides to join them aboard the train.

I told you, didn't I? Moms are tough.

Nora to Snow, after saving him

After entering the Hanging Edge, Lightning and Sazh Katzroy derail their Purge train. Nora, Hope, and Vanille are among the stranded group found by Snow Villiers and his rebel group, NORA. Telling Hope not to worry, Nora chooses to fight alongside Snow against PSICOM. As she and the rebels go down the bridge, the rest of NORA moves Hope, Vanille, and the other Purgees to another location for safety.

The resistance drives off a group of soldiers, but a Havoc Skytank attacks the rebels. Snow attempts to grab a dropped rocket launcher while under heavy fire but fails. Before the Skytank can fire its main cannon, Nora takes the rocket launcher and downs it, saving Snow's life. As the Skytank descends, its central cannon fires, destroying the bridge they are on and gravely injuring Nora.

As everyone on the other side of the destroyed bridge slides off, Snow tries to drag Nora back to safety, but the piece of the bridge they're on tilts, and they slide down. He grabs hold of Nora's hand and grabs hold of the bridge's edge. She begs Snow to get "him" home before succumbing to her injuries from the blast. Snow tries to hold on to Nora's lifeless body but loses his grip with Vanille and Hope watching from afar. Since Nora died while saving Snow's life, Hope blames Snow for her death, and it catalyzes him to accompany Vanille and follow Snow into the Pulse Vestige, where Anima brands him a Pulse l'Cie.

When the remainder of the group splits up in the Vile Peaks, Hope joins Lightning in her vendetta against the Sanctum to grow stronger and eventually face Snow. In the Gapra Whitewood, taking Lightning's advice to form a plan to help him fight, Hope names his revenge plan after his late mother: Operation Nora. When Lightning tells Hope that Nora wasn't killed by Snow but by the Sanctum, he decides to punish both.

In Palumpolum, after Snow and Fang save Hope and Lightning, the latter forces Hope to go with Snow as they split up. As he runs through the city with Snow, Hope listens to the NORA leader unknowingly insult Nora and the events that led to her death. Stopping to rest in the Rivera Towers section of the city, Hope recalls Nora from a moment of his childhood, pushing him to confront Snow. Hope almost kills him, making him realize that Hope was the one Nora talked about before she died. After Snow apologizes for putting Nora in danger and being unable to save her, Hope realizes he used revenge to cope with her death and give himself a reason to survive, so he puts his mother's death behind him and ends Operation Nora. At Hope's house, he explains to Bartholomew what happened, and though he grieves for Nora, Bartholomew forgives Snow for having fulfilled her dying wish: getting Hope home.

In the six months after the Day of Ragnarok, Cavalry Captain Rygdea summons Bartholomew to a secret meeting in Palumpolum's historic concert hall and shows him an ID card containing internal documents from the Sanctum made by the late PSICOM official Yaag Rosch. As they project footage of PSICOM carrying out the Purge, Bartholomew imagines the horrors Nora and Hope went through. Nora supposedly saved Snow's life twice: when she shot down the Havoc Skytank and when she unknowingly shielded him from the explosion that killed her. Bartholomew punishes himself for using work as an excuse not to go to Bodhum with Hope and Nora, for if he had gone, they would have been together during the Purge, and he wouldn't have let Nora pick up a gun.

He learns the l'Cie were unknowingly helped by the fal'Cie, who were using them to destroy Cocoon and sacrifice its inhabitants to bring back the Maker. Bartholomew recalls the absurdity of the truth that the fal'Cie the people of Cocoon saw as gods for centuries sought out a god themselves at the cost of innocent lives like Nora. Rygdea plans to use the Purge footage to expose the truth behind everything that led to Cocoon's fall, so the former Sanctum members will be held responsible. He asks Bartholomew to join the new provisional government and put his political and business connections to good use.

Bartholomew recalls Nora telling him how Hope wrote an essay about wanting to grow up to be a researcher like his father. She said it was proof he was doing a job worthy of Hope to think that way. Nora noted that when Hope was older, he would have a father to look up to and be proud of, and thus be able to live with his head held high even long after they die.

The memory of Nora's encouragement persuades Bartholomew to accept Rygdea's offer. However, he wants to build a public research institute that will publicize its findings without government interference, so people's hatred towards Pulse will vanish, and nothing like the Purge will happen again. He wishes to form a higher education parallel to the institute for children like Hope, an institute that eventually becomes known as the Academy.

Hope mentions Nora in the Yaschas Massif in 1X AF when saying that he wants to bring Lightning, Vanille, Fang, and his mother back, as he believes that he could alter the events before the Day of Ragnarok due to the time distortion.

After Lightning defeats Bhunivelze and frees Hope from his control, Nora and Bartholomew's spirits offer him the chance to reunite with them in the new world. Hope chooses to save Lightning from falling into darkness instead and help her and his friends end Bhunivelze's reign over humanity.

In the follow-up novel, Final Fantasy XIII: Reminiscence -tracer of memories-, there is no mention of Hope's parents, and he lives alone as a young man.

Nao Ikeda's sketch of Nora appears as a trading card.

Nora appears on a card in the version available via Final Fantasy Portal App.

Nora and Hope at the fireworks display.

Nora wishes on the fireworks.

Nora is wounded by an explosion.

Nora dies from her injuries.

Hope's apparition of Nora in Palumpolum. 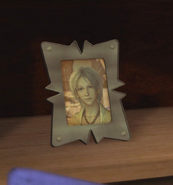 A photo of Nora in the Estheim Residence.

Nora's cameo appearance in Vanille and Lightning's flashback of the fireworks.

[view · edit · purge]Nora is an English and Irish feminine personal name that mainly originates as a short form of Honora, a common Anglo-Norman name, derived from the Latin word honor (with that meaning). In other European use the name may also originate as a short form of Eleonora.